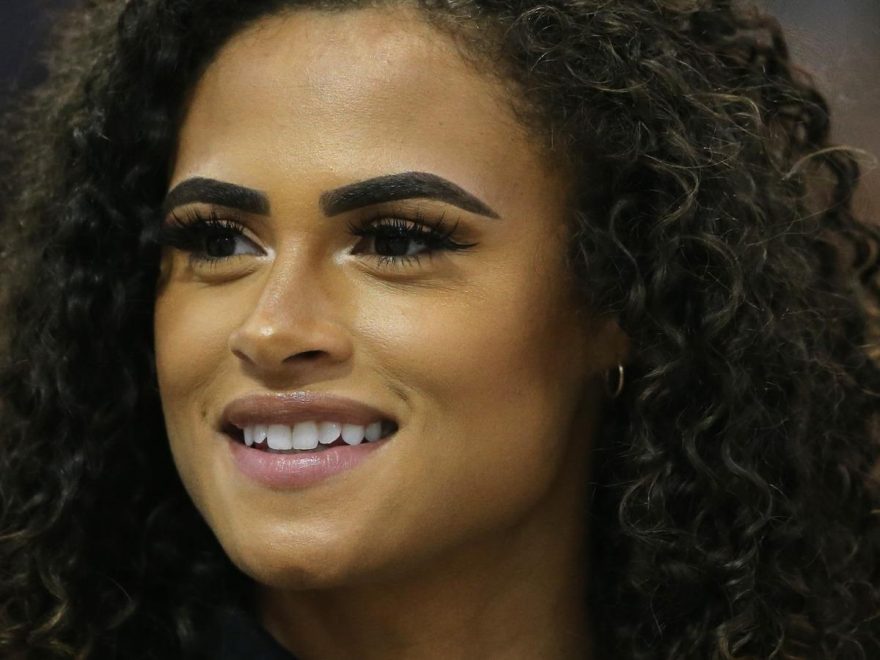 Track and field star Sydney McLaughlin is heading to the Tokyo Olympics this summer after smashing the women’s 400m hurdles world record at the U.S. Olympic trials in Eugene, Ore., making her the first woman to break the 52-second barrier, per Washington Post. “It’s one of those moments you think about and dream about and play in your head that you’ll put it together,” McLaughlin said (via Fox News). She added, “It was trusting the process, and a lot of things you can’t really see coming. But just having the childlike faith in trusting everything is going to work out.”

What’s also working out for the athlete is her relationship with former NFL wide receiver Andre Levrone Jr. Levrone retired from football in 2020 after playing for several teams, including the Baltimore Ravens and Jacksonville Jaguars. He made the announcement on his Instagram writing, “Deciding to no longer pursue a professional football career was a difficult decision, but a necessary one nonetheless.”

Yet perhaps now that Levrone is no longer playing a professional sport, he’ll have time to cheer on McLaughlin at the Summer Games. The two appear to have been dating since sometime late last year, since they went Instagram-official with their relationship in December 2020. At the time, Levrone posted a photo of the pair snuggling up with the caption, “Heaven sent.” It appears both athletes use their Instagrams to gush about each other, as well as share something that they’re both passionate about.

The couple isn't shy about their love 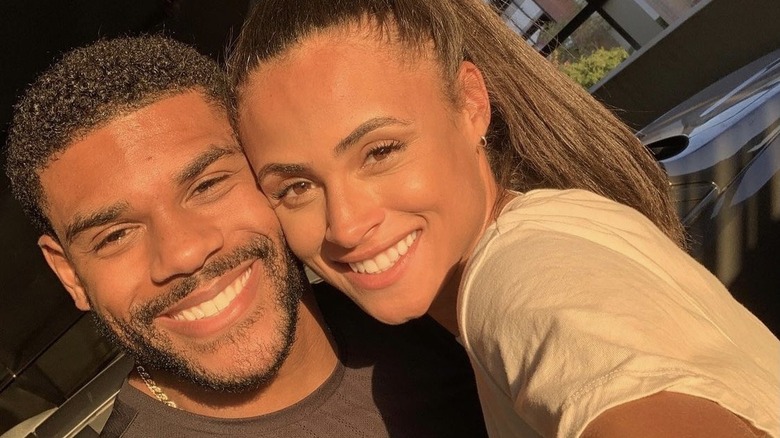 Sydney McLaughlin and her former pro-football player boyfriend, Andre Levrone Jr., don’t hold back when it comes to sharing how happy they are together. In April, McLaughin took to her Instagram to share an adorable selfie where she dropped the L-word in the caption, writing “but when he loves me.” Levrone recently shared a selfie of the two of them on his Instagram page as well, teasing in the caption, “IIII wanna be your mannnn… oh wait I am.”

McLaughlin also uses her Instagram story highlights to show off her man. She has a collection of photos that features some of her and Levrone’s romantic dates, as well as their mirror selfies, hand-holding, flowers he’s given, and even a video of him massaging her feet after a race!

Outside of Instagram and sports, it appears that McLaughlin and Levrone have their Christian faith in common. Both mention Jesus in their profile bios, and Levrone frequently posts about his religion on his page. In 2016, McLaughlin discussed the role faith plays in her sport. She told Catholic News Agency, “Something like track is a very mental sport. There’s a lot of pressure and there’s a lot of expectation put on you.” She continued, “Sticking to what I know and believing that everything I’ve been given comes from God definitely played a big role for me.” It’s clear that both McLaughlin and Levrone share a love for their faith and for each other!