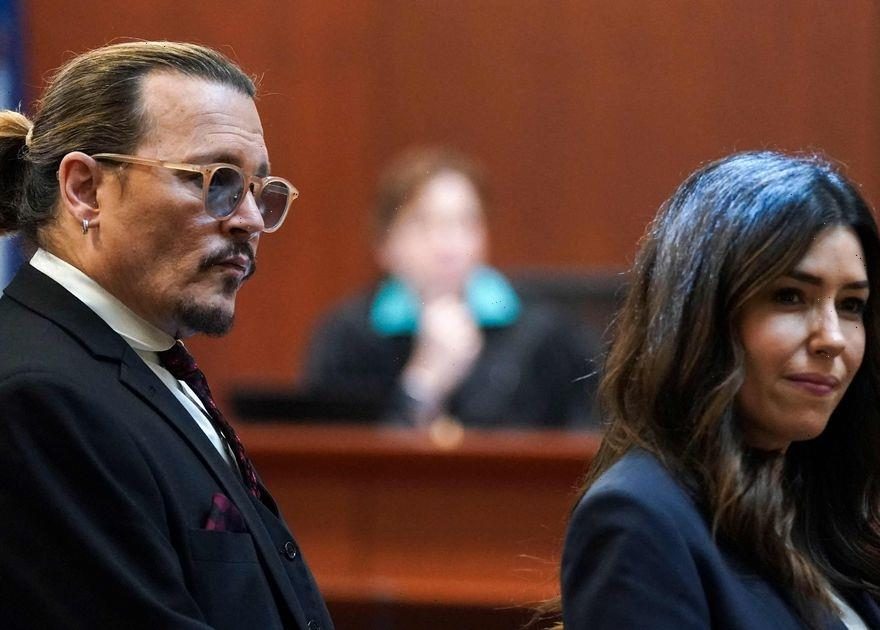 Johnny Depp has been accused of calling fans ‘suckerfishes’ by a former friend during witness testimony, claiming the actor would insult 'pretty much anyone he felt had crossed him'.

The Pirates of the Caribbean star was accused in evidence before court of insulting his mother, his sisters, Amber Heard and his fanbase with the odd term, which relates to a type of fish that attaches itself to a ship, puts a hole in it and then sinks it.

Io Tillett Wright, once a close friend to both Mr Depp, 58 and Ms Amber Heard, 36, gave evidence via video link in Virginia's Fairfax County Courthouse on Tuesday and made a number of claims regarding the former couple's relationship.

Mr Wright, a photographer, gave evidence about his "intense" friendship with the actor after they met in 2013 and at one point stated that he still "cares deeply" about his former friend.

The witness testimony claimed Depp would become paranoid when he consumed alcohol and drugs and alleged drug use would bring out a "cruel and misogynistic" side to the actor.

The photographer added that Depp claimed his wife has “no talent” at one point during their relationship.

The court heard: "She has no talent and when her t**s start to sag and her face gets wrinkly, no one is going to be interested in her for anything,"

He added: "Johnny is incredibly intelligent, incredibly smart and witty, and he would point his jokes at people, Amber's appearance, her talent — her lack of talent, as he perceived it, why he thought she was actually famous, which he always implied was because of her looks."

Mr Wright also claimed that the actor would make derogatory comments about his fan base.

"He would insult his fans, he called them — I remember, he called them remoras, which is a type of suckerfish that attaches itself to the hull of a ship and puts a hole in it and then sinks it," Mr Wright told the court.

"He would rail against his mother, his sister – sisters. Pretty much anyone he felt had crossed him or would cross him. He became very nasty."