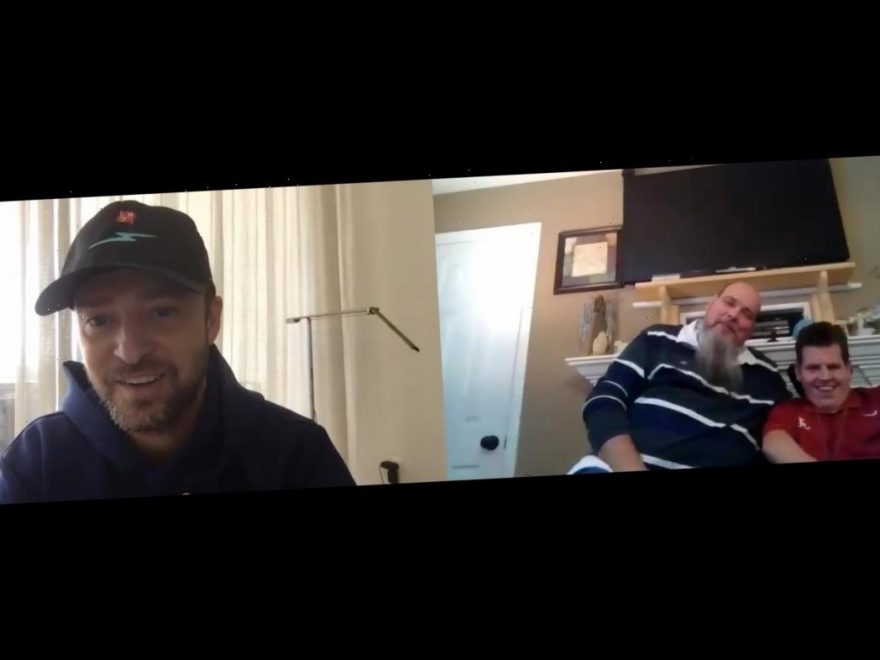 This family is grateful for Justin Timberlake this Thanksgiving.

On Wednesday, 17-year-old Jake Stitt — who lives with cerebral palsy — received a much-needed, generous gift from the pop star: a wheelchair-accessible van.

Jake and his dad Tim, who live in Morristown, Tennessee, were looking to raise enough funds to purchase the van. However, Timberlake took it upon himself to help the Stitts by purchasing the adaptable vehicle. (Jake and his father had already raised more than $35,000 for the van — now, they'll get to keep the funds to help with Jake's care.)

"It's my pleasure," Timberlake, 39, told the son and father over Zoom. "Like I said, I heard there was a goal to try to get this van before Thanksgiving. I heard your story and saw a little news clip about it."

Jake is known as a "celebrity," actor Michael Abbott Jr. told local news channel WJHL about the teen. (He also was the one to promote Jake's fundraiser, which caught Timberlake's attention.)

“Jake sits outside the house and has a sign that says ‘honk if you’re happy,'” Abbott told the outlet. “He’s an incredible young man.”

That act is what inspired Timberlake — who is originally from Tennessee — to donate as well.

"The honk if you're happy thing," said Timberlake over Zoom. "You got to keep that going. You guys gotta use this van to honk all over town now."

Tim, a military veteran, told WJHL his back has gotten in such bad shape from having to carry his son onto a regular van that he even has a disability now.

As for Jake's reaction?

"It was a blessing and God bless," he said.