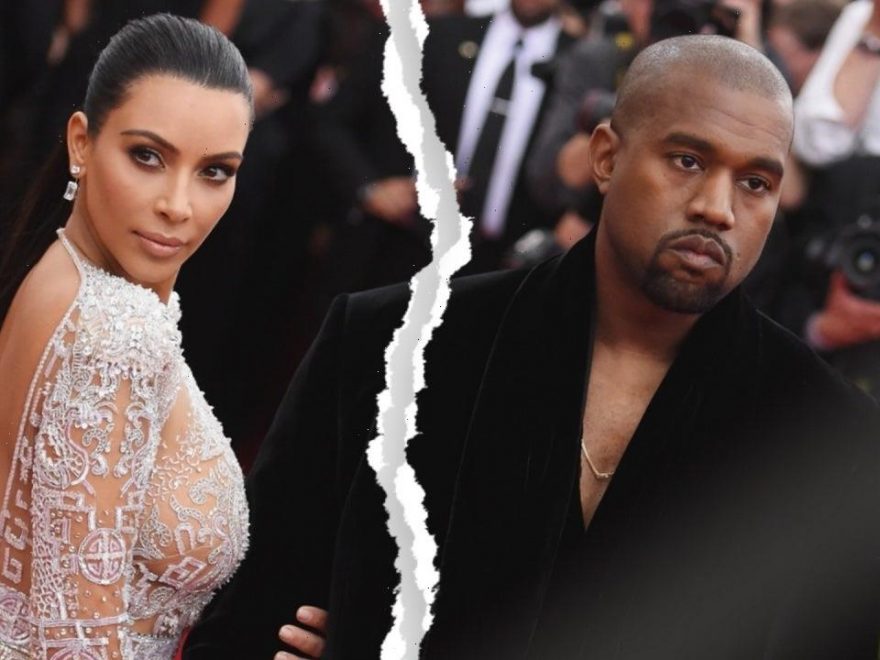 Drawing inspiration from his life. Kanye West’s new album Donda dropped on Sunday, and the lyrics to the songs seem to show just how much of his music was inspired by his split from estranged wife Kim Kardashian.

Before the album was released, Kanye held three different, increasingly elaborate listening events over the past two months, and Kim came out to each to show her support, and even to take part in the performative elements of each event.

However, her appearance at the events made headlines given how many of Kanye’s songs sounded like they were about winning his ex back, after she filed for divorce in February.

While Kanye has been spending time with Kim and their four children — North, 8, Saint, 5, Chicago, 3, and Psalm, 2 — since their split, his music paints a picture of a man who has a lot of emotions and pain tied up in his recent marital turmoil.

We’re taking a look at his new songs — all 27 of them on the new album — and breaking down the lyrics that seemingly refer to his high-profile romance and split from his wife of six years.

Song: “Hurricane”
Lyrics: “Heated by the rumors, read into it too much / Fiendin’ for some true love, ask Kim, ‘What do you love?’ / Hard to find what the truth is, but the truth was that the truth suck / Always seem to do stuff, but this time it was too much.”

Song: “Hurricane”
Lyrics: “Architectural Digest, but I needed home improvement / Sixty-million-dollar home, never went home to it.” (Kanye and Kim purchased a home in California in 2014, and renovated it with a completely white interior. The home was later featured in Architectural Digest in 2020.)

Song: “Hurricane”
Lyrics: “Here I go actin’ too rich, here I go with a new chick.” (Many fans suggest this could be a reference to Kanye being romantically linked to Irina Shyak, following his split from Kim. In mid August, reports surfaced that the pair had split, but a source previously told ET that the pair were never actually an official couple and were spending time together “without any strings attached.”)

Song: “Off the Grid”
Lyrics: “Had to move away from people that’s miserable.” (Kanye spent millions on a ranch estate in Wyoming, and began spending the majority of his time in the state as far back as 2018. He also had a major falling out, which he broadcast in a string of since-deleted tweets, calling out Kim’s family and slamming her mom for stirring up drama.)

Song: “Off the Grid”
Lyrics: “I pray that my family they never resent me/ And she fell in love with me as soon she met me.”

Song: “New Again”
Lyrics: “‘Cause you know you’d never live up to my ex though.” (The song appears to be about Kanye talking to a new romantic partner, and this line implies no one will live up to Kim in his eyes.)

Song: “Lord I Need You”
Lyrics: “When you said give me a ring, you really meant a ring, huh? / Turned out to be more than just a fling, huh? / Three hours to get back from Palm Springs, huh? / Who you know spend an hour in Walgreens, huh? / You know you’ll always be my favorite prom queen.”

Kanye West Lights Himself On Fire at ‘Donda’ Listening Party

Kanye West Lights Himself On Fire at ‘Donda’ Listening Party

Song: “Lord I Need You”
Lyrics: “You had a Benz at sixteen, I could barely afford an Audi.” (It seems Kanye is referring to Kim’s wealthy family and upbringing, which saw her father gift her a BMW as a teenager.)

Song: “Lord I Need You”
Lyrics: “Cussin’ at your baby mama/Guess that’s why they call it custody.”

Song: “Lord I Need You”
Lyrics: “But you came here to show that you still in love with me” (Kim has come out to every listening event, and this could be a direct reference to his ex showing her support for his music.)

Song: “Jail”
Lyrics: “Better that I change my number so you can’t explain.” (According to reports, Kanye changed his number in March, after Kim filed for divorce, and would only communicate through his representatives.)

Song: “Jail”
Lyrics: “Guess who’s getting ‘exed? / You made a choice that’s your bad, single life ain’t so bad.”

At his recent listening even in Chicago, Kanye lit himself on fire before being extinguished, and then recreating his wedding with Kim, who came out dressed in a full wedding gown.

While the pair have not actually reconciled, a source recently told ET, “Kanye wants to get back with Kim and he has been trying to win her over again and reprove himself.”

“Kim and Kanye have a deep love for each other and many amazing memories and it’s difficult to just let that all go,” ET’s source said. “Kim’s main focus and concern are her children and doing what is best for them and their family.”

According to the source, that means the reality star is “considering her options” with Kanye, but keeping her kids top of mind.

“She is open to seeing where things go with Kanye and to see if they can work through their issues as a couple,” the source shared. “Regardless of what happens, Kim and Kanye plan to coparent in a healthy way and will always maintain a supportive relationship.”