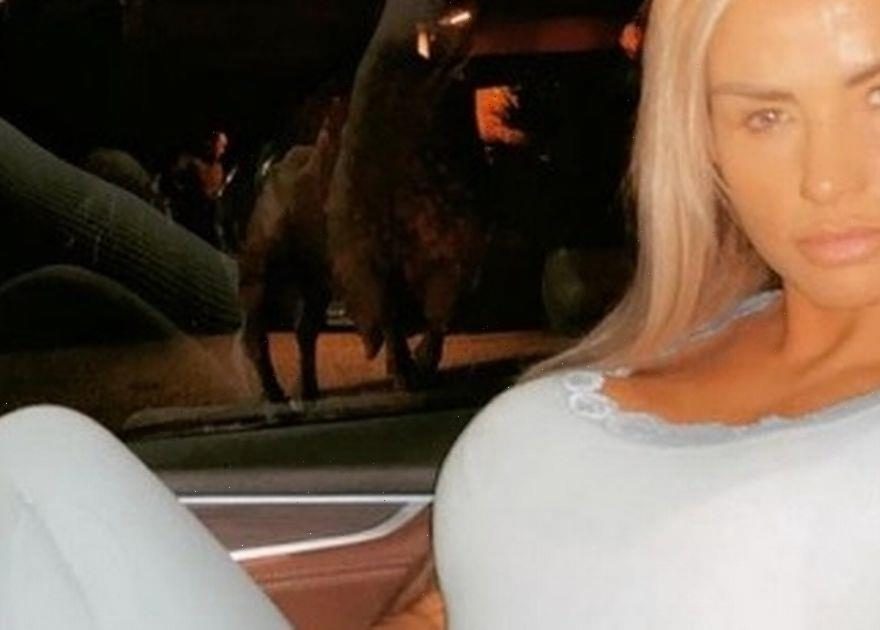 Katie Price has opened up about an infamous 'baby bump' snap which lead to fans being convinced she was pregnant with Carl Wood's baby.

The former glamour model, 42, sent the rumour mill into overdrive in after sharing a shot of her posing with her hand on her stomach while in the passenger seat of a car.

Alongside a series of red heart emojis, Katie captioned the snap: "Happy and healthy. It’s the best feeling ever I thank @carljwoods for being part of me x."

Leaning back in a skintight top, it appeared to many that Pricey was cradling her bump but behind the scenes the couple were struggling to conceive.

Katie said: "That was so annoying as everyone was speculating I was pregnant but I wasn’t. I wished I was!

"I have put on loads of weight as I’m trying to eat really healthily – so I just felt like saying: 'F*** off!'

"We’ve been doing pregnancy tests every month but the last few months we haven’t bothered. It’s been so disheartening."

Katie, who is currently a mum-of-five, now says she wants two more children with her new man.

She continued to The Sun: "We’re going to call the baby Miracle.

"I’m doing this for my mum.

"She told me to have IVF so she can see us have kids. It will break my heart if she can’t."

Daily Star previously revealed how Katie plans to legally take Carl's name when she walks down the aisle.

“There is lots of Mr Price’s before but only one Mr Woods and when we do get married I will change my name.

“I have never done that before. I actually will go to Katie Woods.”

Asked if she had a time frame she hopes to be walking down the aisle, Katie continued: “I can’t pressure the guy… it’s when he is ready.

“We are trying for a baby yes, I think everyone will know that.”

However, when asked where she hopes to be in life by December 2021, Katie laughed: “Hopefully married and pregnant.”