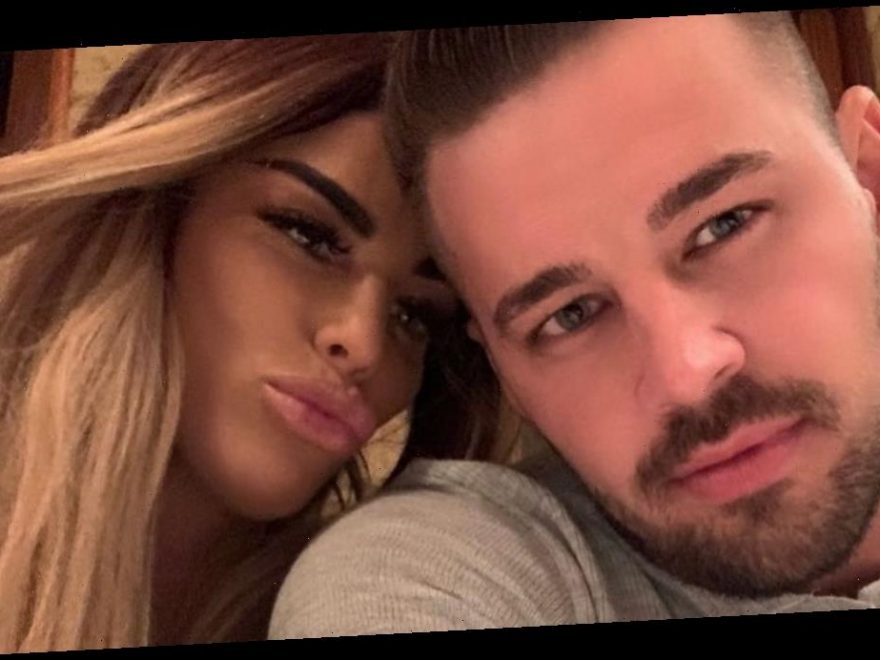 Katie Price has sparked rumours that she has wed her new man Carl Woods as the pair headed off on a 'baby making' holiday.

The former glamour model, 42, was seen at an airport carrying a suitcase with 'Katie Woods' written on the front, before jetting to the Maldives with Carl 31,

Katie, who has been dating Carl for four months of dating, dressed in a grey Adidas tracksuit and bedazzled boots.

Carl, who wore the exact same outfit with white trainers, pushed Katie, who is recovering after breaking both feet, around the airport in her wheelchair.

The pair are reportedly going to be trying for a baby during their "conception-moon",

A source told The Sun: "Katie's really excited and has been telling everyone that she and Carl will spend the whole holiday 'making babies'.

"Nobody would be surprised if she returned pregnant with her sixth baby.

She's already taking folic acid and is on a fertility diet with lots of spinach and vitamins.

The source added: "They're moving very fast, but as Katie says, she's not getting any younger."

Daily Star Online has contacted a representative of Katie for comment.

Quarantine rules have messed Kati and Carl's plans for work and half-term.

Katie's eldest son Harvey, 18, will be with his carer.

Katie has made no secret of the fact that she wants to add to her brood of five kids with Carl.

Earlier this month she revealed on Instagram that she has been taking ovulation tests.

According to reports, the former glamour model is said to be on a high-folic acid diet to boost her fertility chances.

It is believed the couple, who started dating in April, have also bought ovulation kits for their upcoming trip.

Katie and Carl will be forced to quarantine for two weeks when she returns from her luxury trip to the Maldives with her boyfriend Carl Woods.

The 42-year-old star will jet back to the UK during half-term and therefore won't be able to do much with her five children – who are not going on the trip.

While looking for some products in her mum's bag, the teenager pulled out the test and asked: "One thing, why is there an open pregnancy test? I brought it just to show you that it's open."