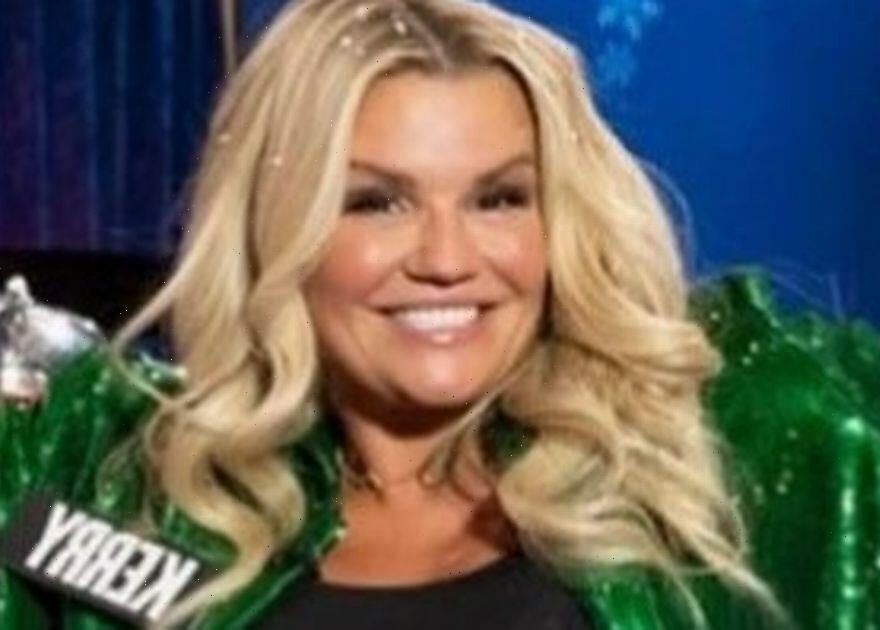 TV star Kerry Katona has sent her fans wild as she showed off her shrinking frame in a seriously glam outfit for her latest TV appearance.

The OnlyFans star looked gorgeous in a sparkling green suit and clingy black t-shirt as she smiled for a picture on the TV set.

She was filming for I Literally Just Told: Celebrity Christmas Special, joining Judi Love and David Walliams for the special.

As Kerry posed for the snap, she lifted up her arms to reveal her hourglass waist under the black top, showing off her weight loss.

Kerry recently admitted that she had gained weight this year, saying she was "embracing looking like a swollen whale" following a trip to Turkey to get new teeth.

After seeing photos of herself in a bikini on the beach, Kerry told OK!: ""I am just embracing it. I know I don’t look the greatest, but it is what it is.

"As I’ve got older, I’ve started to embrace it. I’m not 21 any more and it’s normal for your body to change.

"Naturally, my body is going to change. I’ll do everything in my power to stop it from changing drastically but it’s harder to keep your body at my age. I’m embracing it.

Meanwhile, Kerry has confirmed she is a "millionaire" again after raking in a fortune with racy OnlyFans pictures, insisting that it's no different to filming a love scene in a film.

She charges £18 a month for a subscription to her account and has hit back at being judged for stripping off online.

Kerry said to the Mirror: "What p**ses me off is when you get Nicole Kidman and Tom Cruise in Eyes Wide Shut moaning and groaning in sex scenes or Angelina Jolie and Julia Roberts getting their kit off. They get paid millions, they get awards. It’s ‘art’, darling'.

"But I get judged. I’m not showing anything more than going topless on holiday."