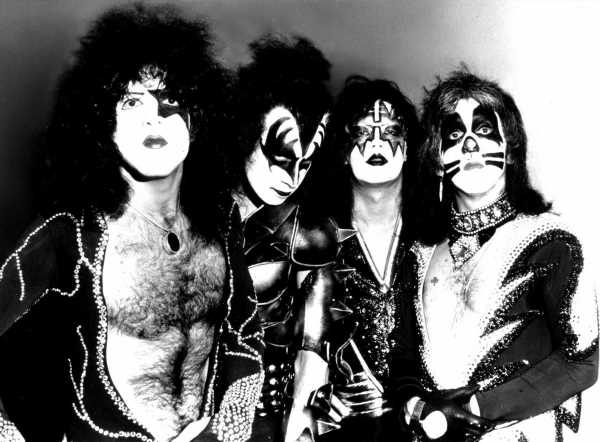 Kiss and The Beatles are two very different classic rock bands. However, Kiss wanted to appear to be like The Beatles in one major way. Regardless, Kiss’ Paul Stanley revealed his band’s attempt to seem like the Fab Four was a sham. Here’s a look at how Kiss was connected to the Fab Four anyway.

In his book, Face the Music: A Life Exposed, Stanley discusses The Beatles a lot. For example, he says watching the Fab Four perform on The Ed Sullivan Show had a major impact on him. He also said he wanted his band to be four distinct characters, like John Lennon, Paul McCartney, George Harrison, and Ringo Starr. Subsequently, he said he saw his band as being similar to the way The Beatles portrayed themselves in one of their classic films.

“I thought of us as the four musketeers and figured we’d be together forever,” Stanley wrote. “We were… wreaking havoc in every town we invaded. We were The Beatles skiing down the hill in Help! We were Kiss.

“There was a genuine sense of camaraderie as we ate together, traveled together, got dressed for a show together, and played together—and onstage we were a unified force,” he added. “It wasn’t real life, of course, and when we occasionally went home for brief stretches, we didn’t see each other at all. On the road, though, we were Kiss. And it was fun to be Kiss.”

However, Stanley revealed there was a limit to this fantasy. He felt band member Peter Criss was not pushing his weight for a number of reasons. For example, Stanley said Criss had difficulty performing the drum beat to “Detroit Rock City.” He also noted Criss didn’t write much of “Beth” even though he received a co-writing credit on the song and that Criss had a hard time carrying tunes. Regardless, Stanley felt Criss was unaware of his own limitations.

“But since we had always presented our Beatles-based fantasy to the world—four band members all contributing equally—at some point Peter began to believe his own press,” Stanley wrote. “Perception became reality to him, despite the fact that we created the perception ourselves. We made it out as if we lived like the Help!-era Beatles—and all made music together as equals. But that was never the case.”

The real connections between Kiss and The Beatles

However, Kiss’ connection to The Beatles extended beyond the false image they projected. Kiss member Ace Frehley recorded a cover of The Beatles’ “I’m Down.” In the same vein, Rolling Stone reports Kiss covered Wings’ medley “Venus and Mars/Rock Show” for a Paul tribute album named The Art of McCartney. While Stanley felt Kiss weren’t truly like The Beatles, their discography has some connection to that of the Fab Four and their solo careers.