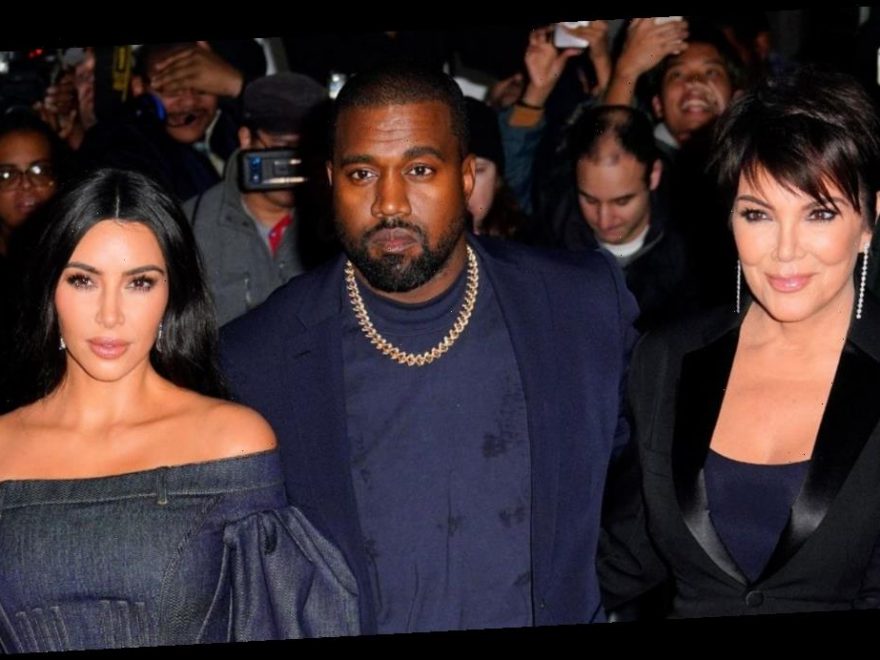 Kris Jenner faced a grilling during a recent radio interview when the hosts decided to probe the businesswoman on her daughter's very public divorce.

Her daughter, Kim Kardashian West, 40, and her soon-to-be ex-husband, Kanye West, 43, have not yet spoken of the proceedings that saw their seven-year marriage come crashing down.

However, Kris, 65 was not able to escape as she appeared on Friday's edition of The Kyle and Jackie O Show which airs in Australia.

While the family have remained tight-lipped surrounding the separation, Kris shed a few words of wisdom when Kyle Sandilands asked how her daughter and son-in-law are keeping.

"Well, I think it's always going to be hard anytime… there's a lot of kids, and Kim and Kanye," said the self-proclaimed 'Momager'.

Kris went on to add: "The good thing about our family is that we are there for each other and supportive, so all I want is for those two kids to be happy.

Despite Kris keeping her cards close to her chest and shying away from any dramatic information, she continued: "I think we all want that for our families, just to be able to have the love and appreciation of one another, and that everyone's OK."

Ahead of the final season of Keeping Up With The Kardashians airing later this month, Jackie 'O' Henderson proceeded to ask the reality star whether fans across the world will see the devastating separation play out on screen.

Keen to keep viewers intrigued, the mum-of-five hinted: "You might. I don't know what they have decided on in the finale, as we haven't even seen the first show yet.

"I'm sure they're putting some final touches. But I think it's just a private time – Kim wanted to deal with this with her own family in her own time, so when she feels like it, I'm sure she'll say what she needs to say."

Kim started dating the Yeezus rapper back in 2013, despite Kanye having his eyes on the KKW Beauty mogul for several years, even releasing a song noting his love for Kim while she was in a relationship with Kris Humphries.

The pair went on to become engaged in 2013 before marrying in a lavish ceremony held in Florence in May 2014 – which was documented on a special edition of Keeping Up.

Kim and Kanye – who share three children, North, seven, Saint, five, Chicago, three, and Psalm, one, – are believed to have filed for divorce in February, with sources close to the Keeping Up star telling Daily Star in January that a divorce was on the horizon.

Their relationship is believed to have broken over the summer when Kanye took to Twitter, alleging that he had been attempting to divorce Kim for some time.

He added: "I been trying to get divorced since Kim met with Meek at the Waldorf [Hotel] for 'prison reform'."