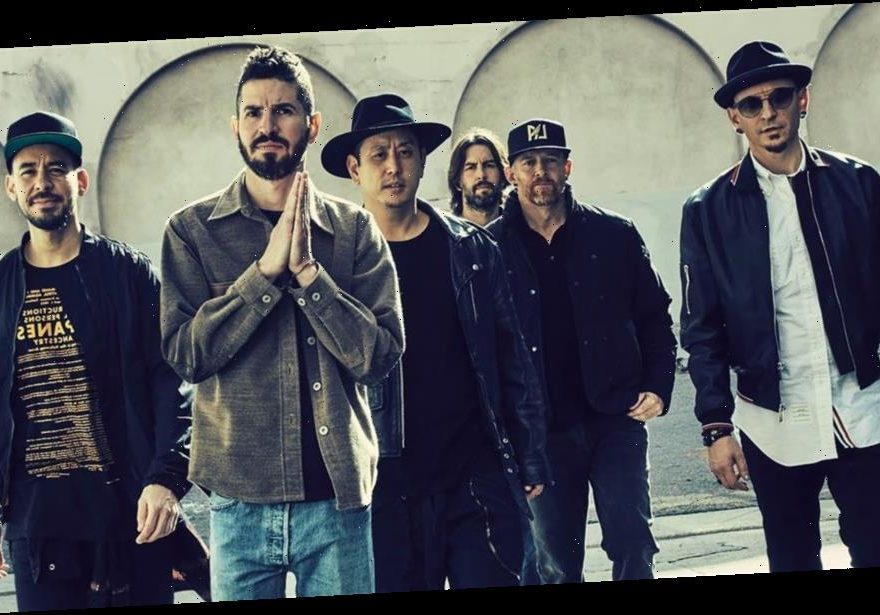 Although Linkin Park’s 2000 debut “Hybrid Theory” is the best-selling debut album of the twenty-first century — diamond-certified by the RIAA for 10 million sales and spawned four hit singles including “In The End” and “One Step Closer,” the band’s Mike Shinoda and Joe Hahn both admit they were reluctant at first to release the massive 20th-anniversary boxed set released today.

Shinoda says he wasn’t sure there was enough material to make a big re-release interesting. And, not least, “My instinct is to try and give space around anything that involved Chester,” he says, referring to the group’s late singer Chester Bennington, who committed suicide on July 20, 2017.

“I wasn’t super-interested in it at first,” he tells Variety. “Certainly, I wouldn’t want the project to be gauche. I was concerned it would come off in bad taste to try and put out a project. ”

For Hahn, it was a matter of redundancy. “We always haven’t been fans of greatest hits records,” he says. “Like, why put the same thing out again if people know how to get it already?’”

So what changed their minds? For both it was the treasure trove of material that was uncovered for the five-CD/three-LP, 5-DVD book, which comes with an 80-page book, several pieces of art and a reproduction of their “Street Team Sampler” cassette.

Shinoda and Hahn both credit the band’s extended family for doing the bulk of the work, which led to many surprises and memories for the band members. That team includes “people at the label, our management and family members who collected videotapes, flyers or old photos,” Hahn says. “The idea of this box set came along with a lot of bonus things, giving people something new, all along the coattails of what the first album really meant.”

The new things are like a document of the band’s early eyars. “We found all these versions of songs people hadn’t really heard, and a couple of tracks that we knew existed that fans had never heard, notably ‘She Couldn’t’ and ‘Pictureboard,’” he says. “‘Pictureboard’ in particular is a real gem: It’s a song that the fans have known by name for 20 years but have never heard until now.”

The box set gave a lot of opportunity for the band to look back and share memories of those early days. Variety spoke with Shinoda, Hahn and former manager Rob McDermott for stories of how the band got signed and got started. As Shinoda joked, “The version you hear from me, sometimes that version can be different than what you hear from Brad.”

Indeed, in talking to the trio it does become like Akira Kurosawa’s classic film “Rashomon,” where everybody has a slightly different version. But every story it a piece of the story on how the band became a phenomenon.

Shinoda It’s hard for people now to wrap their head around the beginning of a band [20 years ago], because it is so easy now to make great-sounding music and circumvent the whole label system and go straight to fans — any kid can make an amazing-sounding song on their laptop and get in front of 5 million people immediately. Back then, you had to be heard by an A&R person at a label; we signed a publishing deal, which was not a good offer, before we signed a record deal. We knew we were giving away a lot of equity by doing that, but we also didn’t have enough money to buy gear, and we needed a lot.

McDermott Jeff Blue, their [Warner Bros. Records] A&R guy, reached out to me and said, “I’ve heard good things about you, would you sit down and meet with me and this kid from the band?” So I met with Jeff, this was probably October ’99, and this scrawny kid with glasses, who was Chester, and we just talked outside a cafe on Sunset [Boulevard]. Jeff was still at Zomba [publishing], he was transitioning over to Warner Bros. — he was kind of the guy who oversaw the whole thing, because everyone had passed on [signing] the band [to a record deal]. The whole relationship with Jeff Blue is really important to the beginning of this, because he was the one person who stuck his neck out and always believed in them.

Hahn It was just a different time. Music was different, MTV [was relevant] back then, pop culture was different. We formed a band, we tried to figure out everything from making flyers, t-shirts, playing little shows, ultimately making more songs, and then eventually getting Chester into the band. We went from being called Zero to Hybrid Theory, which represented this idea of bringing different elements — putting hip-hop and rock together and making our version of that.

We’re a product of our environment. We love everything from Gang Starr to Dr. Dre to Guns N’ Roses and Nirvana, the whole spectrum. And combinations like that weren’t represented on the radio. Back in those days, everything was categorized to fit into the active-rock bucket, the alternative-rock bucket, and hip-hop was miles away from any of that. But we wanted to exist on all the continents of categorization, that’s why our band was called Hybrid Theory at the time. So eventually we got signed to Warner Bros. as part of a deal with [Blue], and he really wanted his first band to be us.