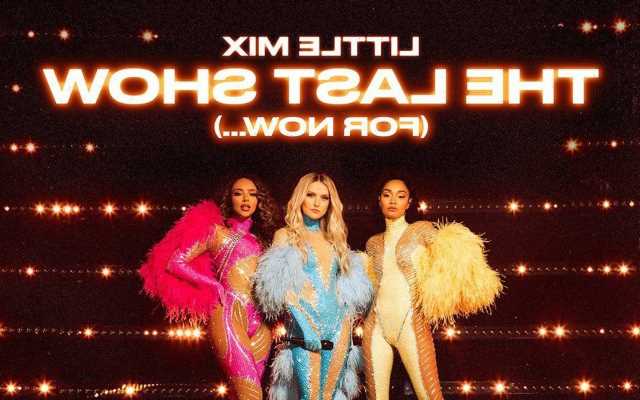 The British girl group announces that their fans are able to watch the final concert of their ‘Confetti Tour’ via global livestream or in select cinemas and venues worldwide.

AceShowbiz –Little Mix is giving a special treat to their fans for their upcoming final concert before their hiatus. The British girl group has announced that “The Last Show (for Now…)” of their “Confetti Tour” will be streamed online.

On Tuesday, April 26, the band shared the news via their official Instagram account. “We are so so excited to announce we will be streaming the final show of our #ConfettiTour, live from London’s O2 Arena,” the announcement read.

“Every single one of you has got us to where we are today and we wanted to be able to give you the chance to watch live and be a part of the show with us,” the statement continued. “Wherever you are, we want you to join us for one big party. Watch via the global livestream, or in select cinemas and venues worldwide. Tickets go on sale tomorrow morning at 9am BST [heart emojis] Link in our bio!”

Of their tour and hiatus plan, Leigh-Anne Pinnock said, “The ‘Confetti Tour’ has been a dream and we’ve been having the best time performing for everyone.” She added, “After so long away from touring it has truly been a magical experience to be back together doing what we love.”

“We wanted to live stream the last show of the tour so that all of our fans around the world have a chance to watch live and be a part of the show with us,” Jade Thirlwall chimed in. “It’s so important to us that everyone can share this moment.”

Meanwhile, Perrie Edwards said, “This will be our last show for a while, so it’s going to be super emotional. Will there be tears? Yes! I’m not even sure how we’re gonna get through the show.” She continued gushing over Little Mix fans, “We love all our fans and are so thankful for their support over the last 11 years. This show is for you.”

Late last year, the band announced they would be taking a break from the band to focus on solo projects. “It’s been 10 amazing years, a wonderful non-stop adventure, and we feel the time is right to take a break so we can recharge and work on some other projects. We can’t thank you enough for your love and never-ending support since the beginning. We love you all SO much,” read the statement.

The girls, however, insisted it’s not the end of the band. “We are not splitting up – Little Mix are here to stay. We have plans for more music, tours and performances in the future. We’ve made so many incredible memories with you all, and we can’t wait to make so many more. We’re sisters and we’ll always have each other and you, the fans, in our lives. Little Mix is forever. See you on tour!” so they concluded their post.