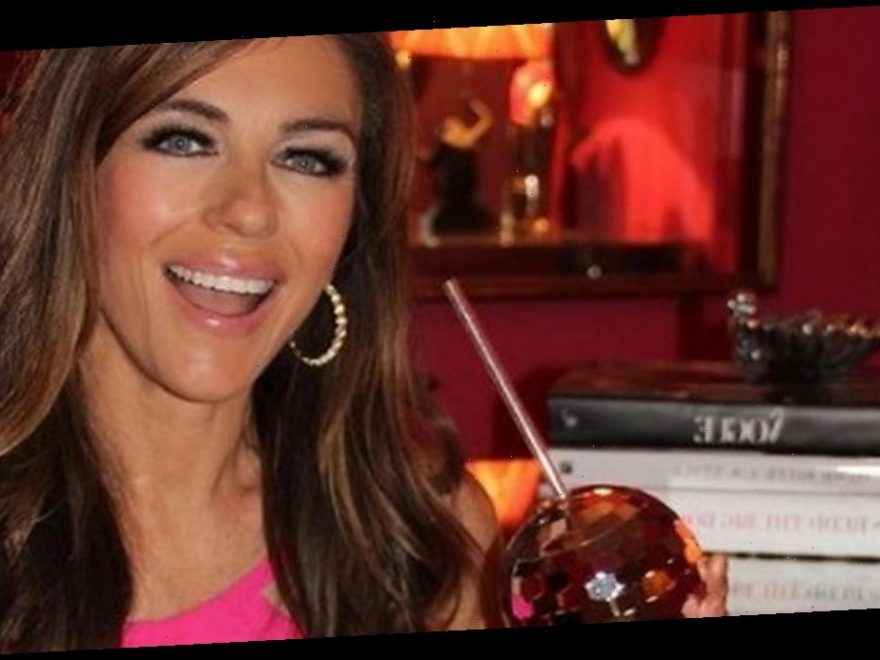 Liz Hurley tried to lift spirits by raising a glass with a summer throwback snap – and she revealed she has just pulled the plug on a sunshine break.

In the photo, Liz looked stunning in a sleek pink dress as she clung tightly to her drink in a classy bar.

Liz, 55, revealed how she has been keeping herself busy during lockdown as she announced she has made an important decision.

The star has withdrawn from a photo shoot for her new beachwear campaign.

Liz says it just didn't feel right leaving for the planned beach break when others can't leave the house – let alone the country.

She posted a message on Instagram and told fans she is staying put to do her bit in the battle against Covid.

"It’s hard to keep your spirits up during these gloomy days of lockdown," she captioned the shot.

"I had a trip booked and should have been shooting my new beachwear campaign but I postponed it as it didn’t seem right to be drinking banana daquiries on the beach whilst everyone else was cooped up.

"So I’m at home, gardening and tidying my sock drawer. However, a couple of times a week we dress up, light the candles and dance it out #lockdown#stayhome#staysafe#makingthebestofit."

He appeared in a recent photo with what seemed like no hair at all.

The 18-year-old posted a black-and-white headshot along with the caption: "v excited to be joining IMG. @IMGModels."

But all wasn't what it seemed and he moved to clear that up with a post earlier this week.

He said: "Update lol: i love u guys so much hahaha but I’m not bald. this is prosthetics for a new project lmao but thank u for the cute comments. tempted to do it for real now."