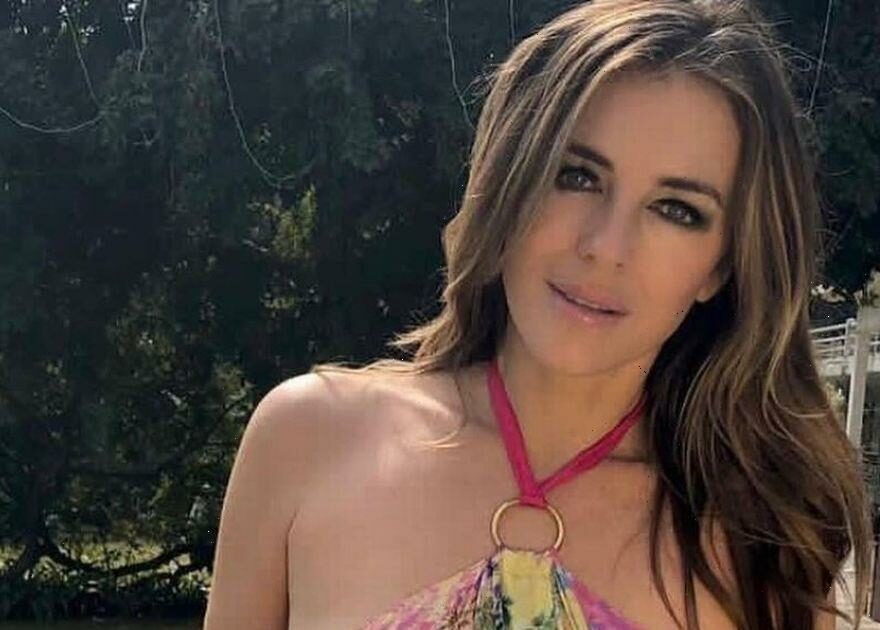 Liz Hurley ensured all eyes were on her as she attended Goodwood races wearing a jaw dropping summer frock.

Demanding attention, the 57-year-old Austin Powers actress smiled at onlookers as she glided around in a figure-hugging and low plunging floral dress at the star-studded festival.

READ MORE: Liz Hurley, 57, wows as she strips down to skimpy white bikini for sizzling snap

When it comes to flashing the flesh, the Gossip Girl star is not one to shy away from showing off her slender and toned legs or a glimpse of cleavage.

In keeping with her own iconic style, Liz did just that as she strutted her stuff in the low plunging item.

The English bombshell was keen to share her outfit and fun-filled day with fans online as she took to her platform with a reel of snaps and videos.

The actress who is best known for her role as the Devil in Bedazzled was flooded with compliments regarding her stunning outfit.

One person told her: "I love your dress."

A second person gushed: "You're so beautiful and gorgeous."

"Stunning and dazzling outfit," chimed another follower as a fourth echoed: "That outfit though."

It's good to see that Liz is letting her hair down after what has been quite a difficult period for the bombshell.

Back in March, the news shook the world that her ex-fiancé and cricket star Shane Warne had died in Thailand at the age of 52.

It was suspected that the sportsman'd tragic cause of death was a heart attack.

Liz suffered yet more heartache last year, after another ex and father of her son Damian died after taking his own life.

Steve Bing fell from the 27th floor of his apartment in Santa Monica Bouelvard, Los Angeles with his death being confirmed as suicide.