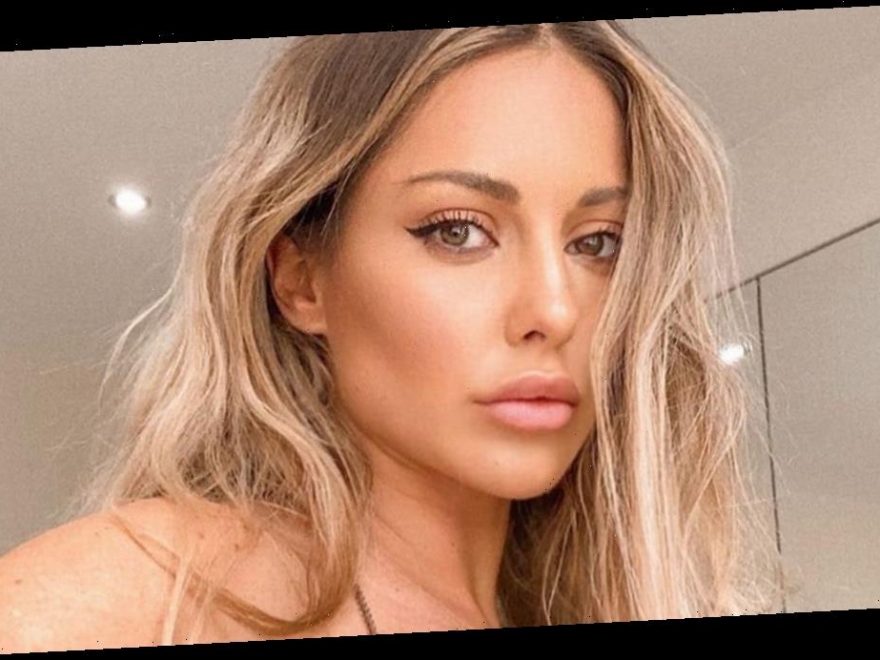 Louise Thompson put on a very cheeky display as she showed off her fabulous figure on her Instagram account.

The 30-year-old Made in Chelsea star looked incredibly beautiful as she put on the busty display for her 1.2million followers.

Posting to her main page, the beauty rocked a slinky 90s style halter-neck top as she took a back in time to the era.

The silver piece glistened in the light, as it was covered in an array of teeny sequins.

Flaunting the flesh, Louise exposed her side-boob and ribcage as she showed-off her toned body.

She wore her blondes locks down for the occasion as one side tousled down her back and the other her front.

For her makeup she opted for a nude glossy lip, baby pink blush across her cheeks, an orange smokey-eye and her usual cat-wing for eyeliner.

The naughty snap was so sensational that it gained nearly 12,000 likes and was inundated with comments from fans who complimented the piece and Louise's good looks.

The cryptic choice of words comes after Louise left fans concerned after posting a series of cryptic tweets about having her heart "cheated, burned and broken".

In her first cryptic tweet, she wrote: "Cheaters always want you to be loyal while they're being unfaithful."

Louise, who has been engaged to Ryan Libbey for two years, wrote: "I'm proud of my heart. It's been played, stabbed, cheated, burned and broken… somehow still works."

There is no suggestion Ryan has cheated on Louise – with the star's friends insisting she is still with Ryan.

One source close to Louise told The Sun Online that the couple are still together – saying "things are really great" between them and that the tweet was actually aimed at "someone else".