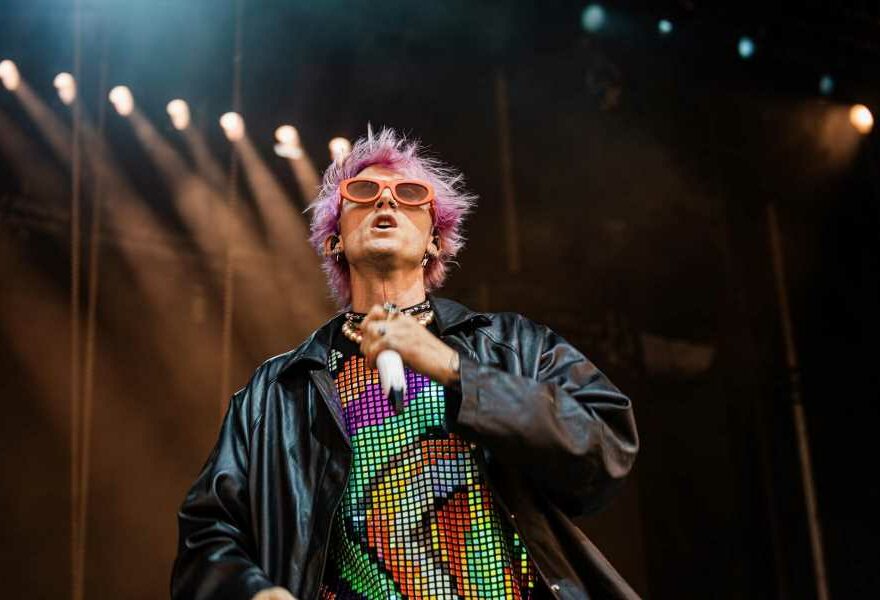 In Machine Gun Kelly’s new Hulu documentary Life in Pink, he details the paranoia-induced suicide attempt that led to his sobriety from hard drugs. After recalling his final memories shared with his father, who died in July 2020, the rapper discloses that while in a state of distress, he put a shotgun in his mouth while on the phone with his fiancée Megan Fox.

MGK, born Colson Baker, found himself on his own and plagued by paranoia as Fox was filming a movie in Bulgaria. “I wouldn’t leave my room. I started getting really, really, really dark,” he explains in the film. “I started getting this really wild paranoia. Like, I kept getting paranoid that someone was gonna come and kill me.”

70 Greatest Music Documentaries of All Time

His suspicions led him to sleep with a shotgun beside his bed every night. “One of the days, I just fucking snapped,” he adds. “I called Megan, I was like, ‘You aren’t here for me.’ I’m in my room and I’m, like, freaking out on her. Dude, I put the shotgun in my mouth. And I’m yelling on the phone and like the barrel’s in my mouth. And I go to cock the shotgun and the bullet, as it comes back up, the shell just gets jammed. Megan’s like dead silent. That was kind of where I started realizing, like, something’s not right.”

Afterwards, with guidance from both Fox and his 12-year-old daughter telling him they didn’t “want to be talking to you through a veil anymore,” MGK arrived at the realization: “I need to kick the drugs.”

He threw himself into his work instead, spending 15 or more hours a day in the studio working on music. His obsession with proving the success of his 2020 pop-punk pivot Tickets to my Downfall wasn’t an anomaly by replicating the triumph with last year’s Mainstream Sellout began to weigh on those around him, subsequently pushing them away.

“The problem is, I’m addicted to a new drug and that’s work,” MGK says. “It feels like I’ve dug a little too deep of a hole in that and I really need to get the fuck out of it and dig more into being what matters most, which is like a great father.”