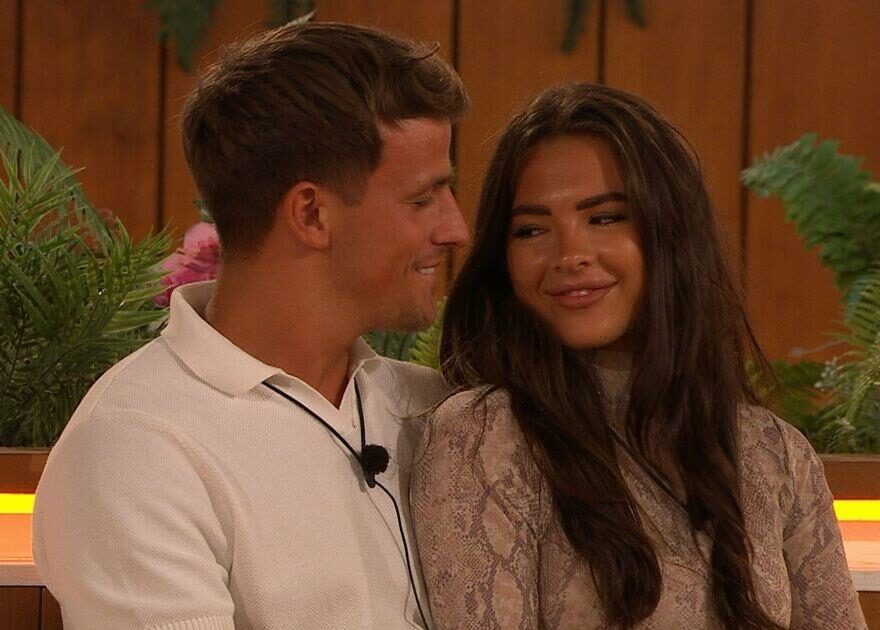 ITV's hit dating show Love Island is finally in full swing and fans seem to be loving the nightly action presented on screen.

With the constant bed-hopping between contestants and the unexpected evictions, viewers have had plenty to get their teeth stuck into in the last few weeks or so.

But although there is a lot going on, eagle-eyed viewers can't help but notice some unusual habits that are often displayed or spoken of amongst the islanders.

Hopping onto Twitter, social media users can't wait to call out what they've spotted in the villa that some may fail to see.

Now that some islanders' unusual practices seem to be taking centre stage, Daily Star has taken a look at some of the contestants unfamiliar habits.

Former Islander Ikenna Ekwonna became notorious for leaving the fridge door open and fans couldn't help but call him out on it.

Viewers were in disbelief when Ikenna went to the fridge but failed to close it behind him once he had finished using it.

Heading straight to Twitter, eagle-eyed viewers were clearly distracted by pharmaceutical salesman's action and yelled at him to close the door.

Meanwhile another fan echoed: "Ikenna, close the damn fridge!! Has nobody told this boy about the cost of living increase?!"

Want all the last villa gossip straight to your inbox? Sign up for our daily Love Island newsletter HERE

The Italian stallion seems to have taken centre stage on the stage, as he's been involved in love triangles and saucy kisses since he entered as a bombshell on day one.

However, in a recent episode where he shared a cheeky smooch with fellow islander Danica Taylor, fans noticed that Davide started to refer to himself in the third person when he spoke about what happened in the Beach Hut.

The hunk said: "Yeah, I felt like Danica was completely into Davide so I wanted to give her a gift. That's why the kiss!"

Rushing to Twitter, confused fans shared their thoughts, with one spectator writing: "Davide might be my favourite ever person to be on love island! The fact he talks about his self in third person is f**king hilarious #LoveIsland."

Meanwhile another amused fan said: "Davide is so funny. It’s the talking in third person for me #LoveIsland."

Do you have a story about one of this year's Love Island stars? Contact us at [email protected]

Despite being placed in a villa that is located in sunny Mallorca, it appears as though the temperatures in the rooms might be fairly nippy for some.

This is certainly the case for islander Paige Thorne who stunned fans when they noticed she wears socks to bed.

During the first week, Paige told Luca Bish that she had to wear socks in bed due to her extremely cold feet.

Luca said: "I don't wear socks in bed," to which Paige replied: "Do you not? My feet are always freezing."

Fishmonger Luca then said: "You can always tuck them in my legs if you want."

But hearing Paige's confession left viewers stunned and they rushed to Twitter to share their thoughts on her admission.

One viewer penned: "Paige wears socks in bed??? She needs to be EVICTED."

While another chimed: "Oh Paige what kind of monster wears socks to bed?!"

But others defended her decision with one person writing: "Paige in Love Island saying on national television she wears socks to bed is the validation I needed after getting slagged off my whole life for having cold toes!"

Luca Bish seems to be leaving several fans perplexed with his constant reference to "elephant juice" on the show.

While talking to Gemma Owen, Luca has been heard saying "elephant juice" which has led fans to believe that the couple may be sharing an "inside joke" that no one is aware of.

Despite the evident confusion, some viewers have figured out that the phrase may be a secret way of Luca telling Gemma "I love you" due to the fact that it looks like the three little words are being said despite not sounding like it.

Sharing their thoughts on the secret signal, one eagle-eyed viewer said: "Oh my gosh. Is elephant juice the way Luca and Gemma are saying they love each other?"

Ekin-Su Cülcüloğlu caused quite a stir when she rocked up as a bombshell in week two of Love Island and has been partnered with three other islanders since her entry.

Now that she is coupled with Charlie Radnedge, Ekin-Su had to warn him of her unusual sleeping habit before they went to bed.

Talking openly, Ekin-Su told Charlie that she slept very straight, so he didn't have to worry about her doing the "starfish" position.

But fans on Twitter were quick to point out that Ekin-Su does in fact sleep rather straight and compared her stance to a vampire.

Heading straight to Twitter, one person wrote: "Ekin actually does sleep like a vampire why she so straight."

Meanwhile another asked: "Why does Ekin Su sleep like a vampire?"

While standing in the kitchen next to islander Andrew Le Page, fans spotted that the investment analyst cracked raw eggs into a glass before swallowing them whole.

Not one to miss a trick, fans quickly took to Twitter to share their thoughts on Jay's protein based meal.

One person questioned: "Why the f did Jay just drink raw eggs?"

While another surprised viewer said: "Did Jay really drink egg whites?? I thought that was only done in cartoons???"