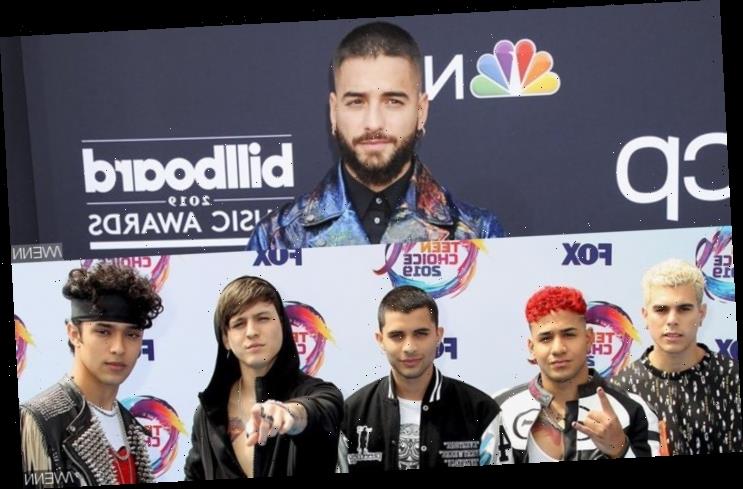 MTV is going to air the musical performances from an undisclosed location with the New York skyline in the background for the upcoming Video Music Awards.

AceShowbiz -Latin stars Maluma and CNCO will be performing for fans at a special drive-in venue as part of the MTV Video Music Awards on Sunday (30Aug20).

The Colombian singer will stage the TV debut of new single “Hawaii” for the broadcast while CNCO will deliver their latest track, “Beso”, which they surprise-released on Thursday night.

The sets will air from an undisclosed location with the New York skyline in the background, with select fans able to enjoy the music from their cars to ensure social distancing amid coronavirus concerns.

“We are super excited to be performing at the VMAs this year,” CNCO state. “It means so much that we’re able to share our culture with the world.”

“It makes it even better that this year after not being able to perform for so long, (event sponsors) Toyota is giving us the chance to not only do that, but do it in front of our fans. There’s nothing like it, and we can’t wait!”

The musicians are part of a VMAs line-up which already includes Lady Gaga and Ariana Grande, BTS, and The Weeknd, all performing from different outdoor locations across the Big Apple to “highlight the boroughs in an exciting show.”