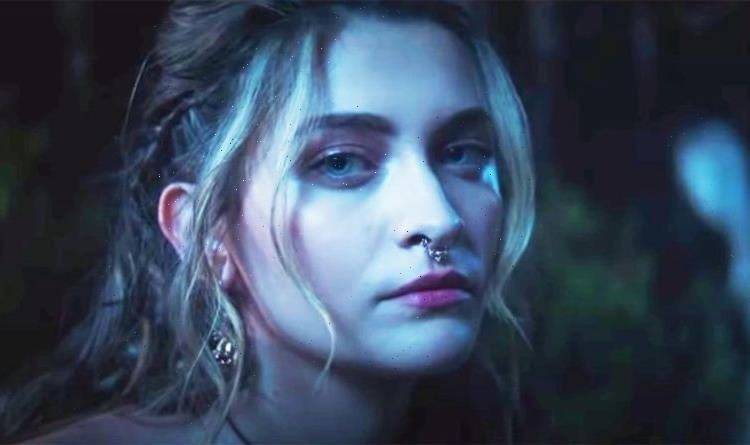 It’s nothing new these days when naked pictures appear online of famous people. Sometimes they are horrifically stolen from an artist’s phone or shared by a previous partner. All too often they are ‘accidentally’ leaked or just blatantly posted in order to grab attention for a new project or just for their own self-promotion. Paris Jackson has plenty of film, music and modelling projects to promote, including raunchy scenes in recent movie The Space Between. Yet topless images posted in October and then totally naked ones this week were for a very different reason. It is a very long way from her father’s notorious obsession with privacy, which included covering his children’s faces in public.

In October, Paris posted a surprisingly candid series of images on Instagram showing herself and a group of friends topless, pictured head-on and from behind. A couple of faces were pixellated out and there was some (surprisingly minimal) pixellating elsewhere.

The caption simply read: “Thank you mother moon” with an emoji of a candle and the moon.

Other images showed a spread of candles and other ritual elements. The 23-year-old herself lead the ceremony to celebrate the Hunter’s Moon.

This was taken even further last week with even more revealing pictures which followed on from the December 4 new moon, known as the Cold Moon.

Paris posted images of the altar table set up in her garden, laden with candles, pestles and mortars, a tiny cauldron and other Wiccan accoutrements. And then she boldly posted an image of herself totally naked with her arms raised over her head to the moonlit sky. She captioned the shot: “bathing in love, purity, and sisterhood.”

The star is clearly very comfortable with showing her body, recently filming herself in the bath.

Paris has previously spoken about what the experience of being naked means to her: “I like to say it again for everyone who questions what I stand for and how I express my personality. Nudity became a movement aimed at getting back to nature, expressing one’s freedom, feeling healthier, and has even been called a philosophy of its own.

“To be naked is part of what makes us human. Not only that our body is our temple and should also be worshipped as it; it is also part of feminism to be able to express yourself in your own way, whether that consists of being conservative and wearing a lot of clothes or showing yourself naked.”

Paris has spoken up about her battles with her mental health and her sexuality, including moments of self-harm. She admitted that it was rooted in the traumatic loss of her father at such a young age. She was only 11 when Michael Jackson died and says: “Trauma is the seed to any unhealthy coping skill that you choose.”

The artist revealed how much writing and performing her own music solo and with her partner Gabriel Glenn in The Soundflowers, has helped her: “From my experience, especially during the holidays, which are coming up, I always have a little bit of a rougher time emotionally… I got a lot of healing from creating this.”

Asked what she thinks her legendary musician father would feel about her exploration of self-expression Paris added: “I hope he would be happy and I think he would be stoked that I’m happy.”