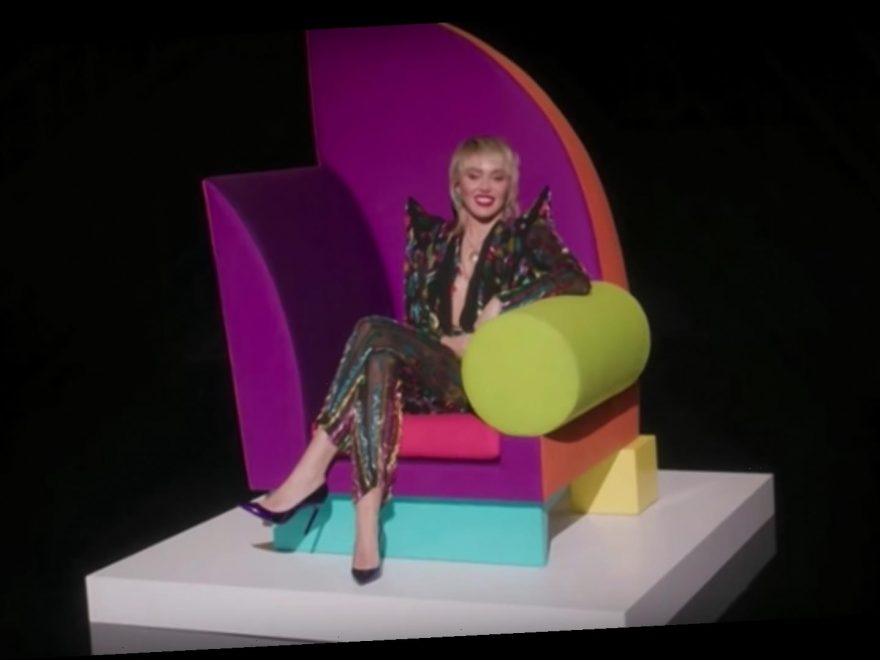 Miley Cyrus has a special message for her future suitors.

The artist appeared on Thursday night's episode of The Tonight Show Starring Jimmy Fallon, where she spoke to the host about her current relationship status and her decision to cover the Hall & Oates 1982 hit "Maneater" on the show.

After the 27-year-old performed her new single "Midnight Sky" off her upcoming album, She Is Miley Cyrus, Fallon asked via video chat how she came up with her second song choice of the night.

"How did you choose 'Maneater?' I love that song!" Fallon asked.

"I think it's very important to be transparent," Cyrus said while sitting in a colorful chair.

"I'm freshly single, so anyone watching that's my future ex-husband, just know, I told you," she teased.

"Just wear it all out in the open. There's no skeletons in the closet, I warned you first," Cyrus laughed.

Last month, the singer opened up about coping with the fallout of a breakup, describing how she approaches an ended relationship from a logical standpoint.

Cyrus recently split from her boyfriend of 10 months, Cody Simpson, whom she became romantically linked to after her breakups from The Hills: New Beginnings star Kaitlynn Carter and ex-husband Liam Hemsworth last summer. "I'm a very logical person," Cyrus said on an of Apple Music's Essentials Radio with Zane Lowe. "And I really try to not get lost in emotion, because our emotion lies to us. Our emotion sometimes makes us believe that every thought that we think is real. And I remember at a time we're dealing with heartbreak it's like, 'I'm never going to be the same again.' You know? 'My life is—' all of these things I was telling myself; it's just not true."

Since news broke that Cyrus and Simpson, 23, split, she has been "fine and focused on her new music," a source close the singer previously told PEOPLE. According to the source, the pair called it quits back in July. "She and Cody are still super supportive of each other," the source added. "There is no drama."

But after a decade of friendship with Simpson, she told fans not to be surprised if they're spotted out together in the future.

"Don't make it some drama story if next week we hang out and we're getting pizza," she said on her Instagram Live last month. "We've been friends for 10 years, and we're going to continue to be friends. Just don’t make it something that it is not."

In a recent candid interview with the Call Her Daddy podcast, Cyrus revealed she felt "villainized" for moving on quickly after her divorce from Hemsworth. "[People] made me seem like I was disloyal, which is so against my f—— character,” she said. "My character is everything."

Despite the heartbreak, Cyrus is thankful for what each of her past relationships has taught her. "I love who I am so much right now that if any of those things hadn't happened, I'm not sure that I would have been the same person," she shared.