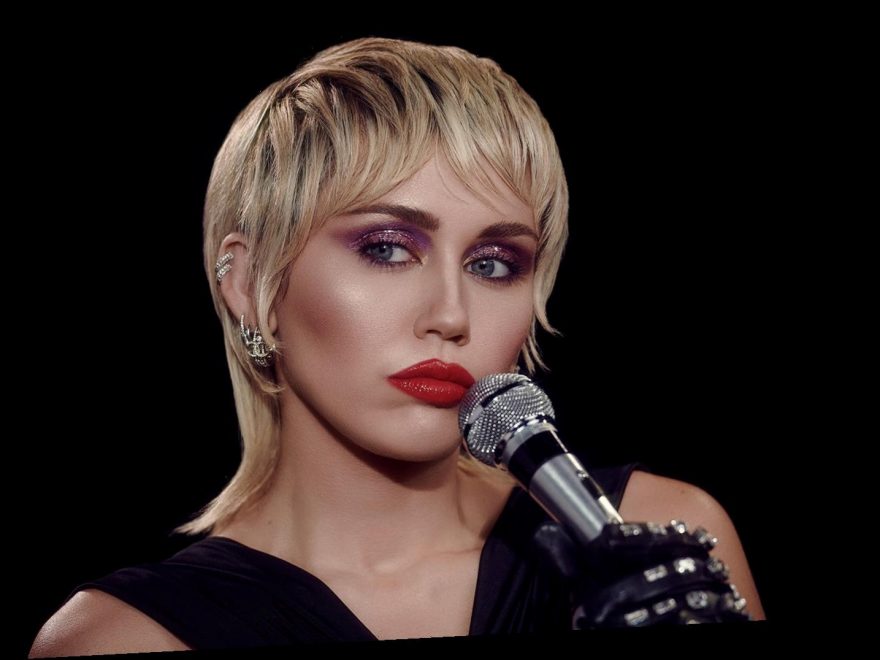 At midnight on Friday, Plastic Hearts — the latest addition to the 28-year-old singer's discography — was released.

Featuring a slew of new songs from the pop star, the LP also includes collaborations with rock legend Billy Idol, who joins Cyrus on "Night Crawling," as well as Joan Jett who sings on "Bad Karma." Previously released singles "Midnight Sky" and "Prisoner" with Dua Lipa are also on Plastic Hearts, alongside Cyrus' live covers of "Heart of Glass" (originally performed by Blondie) and "Zombie" (by The Cranberries), as well as her "Midnight Sky" and "Edge of Seventeen" mashup with Stevie Nicks.

Following the release of the album, Cyrus shared a message to fans on social media.

"My PLASTIC HEART is overwhelmed by the support I’m receiving tonight! I was f—— born to make the record I’ve just released," she tweeted. "To my fans who have been here from the beginning, I appreciate you more than I can properly articulate. To anyone I’ve ever loved or lost, THANK YOU." Last year, the star released She Is Coming, the first of a trio of slated EPs. But she scrapped the second and third installments after a series of setbacks in her personal life — including losing her home to California wildfires, undergoing throat surgery, and her divorce from then-husband Liam Hemsworth. While chatting with Apple Music's Zane Lowe on Monday, Cyrus spoke openly about the planned trio of releases and how they no longer told a story she wanted to share.

"I was going and making a set of three EPs — which were amazing, I was in love with the songs — but those two EPs weren't relevant anymore," she said. "Even though I love the songs for what they were, they lost their relevance."

Earlier last month, Cyrus announced the release of Plastic Hearts on Instagram, sharing a shot of the album's cover art. The black-and-pink cover for the album was shot by famed photographer Mick Rock, who has photographed music icons from David Bowie to Debbie Harry.

"I began this album over 2 years ago. Thought I had it all figured out. Not just the record — its songs/sounds but my whole f—— life. No one checks an ego like life itself," the Grammy-nominated artist wrote. "Just when I thought the body of work was finished … it was ALL erased. Including most of the musics relevance."

She continued: "Because EVERYTHING had changed. Nature did what I now see as a favor and destroyed what I couldn't let go of for myself. I lost my house in a fire but found myself in its ashes." "Luckily my collaborators still had most of the music that was burned up in journals and computers filled with songs for the EP series I was working on at the time. But it never felt right to release my 'story' (each record being a continual autobiography) with a huge chapter missing," Cyrus added. "If it were a chapter in my book I guess I would call it 'The Beginning' which usually when something is over we call it 'The End.' But it was far from that."

The Hannah Montana alum ended the letter, writing: "Well that's 'the plan' anyway — Had one of those before…. But seriously — it's really coming. Think you'll love it. If you don't — f— you."

Plastic Hearts is available to purchase and stream now.