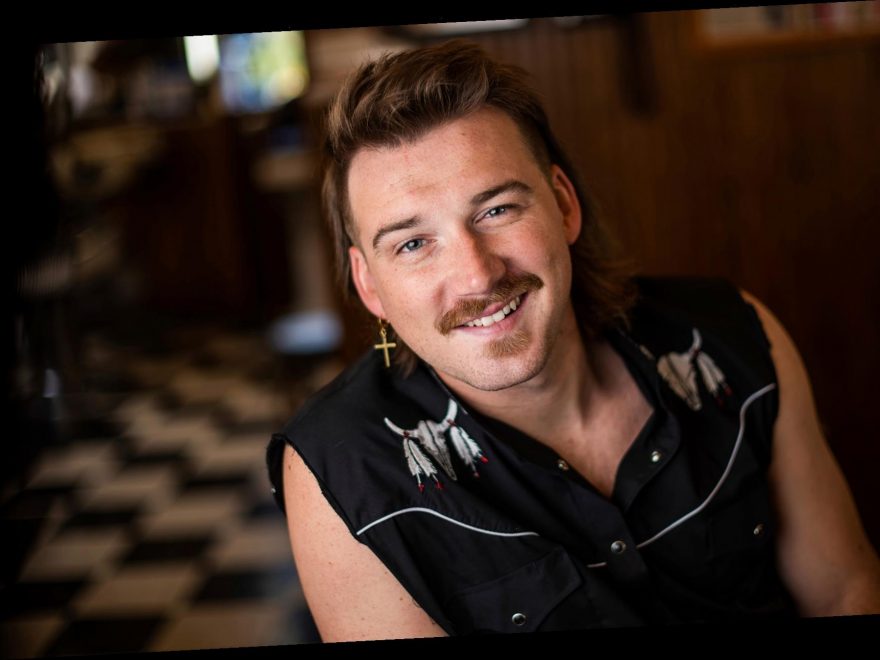 Rising country star Morgan Wallen continues his record-breaking run atop the Apple Music Pre-Add Chart, as his upcoming Dangerous: The Double Album once again saw more pre-adds that any other album during the week of November 27th through December 3rd.

Just week, Wallen broke Luke Combs’ record for the most pre-added country album in the platform’s history. Wallen has been on the rise since his 2018 debut album, If I Know Me, which launched three songs onto the Rolling Stone Top 100 Songs Chart.  But he reached new heights in 2020, becoming a mainstay in the top 40 of the Artists 500 chart and even reaching the top 10 of that chart, a rare accomplishment for a country act.

Pre-adds allow listeners to play one song off an upcoming album and adds the album to their library when it’s released, offering a good indication of the albums that fans are most excited for. Considering the domination of Dangerous by pre-adds, we can expect a big debut when the album arrives on January 8th. 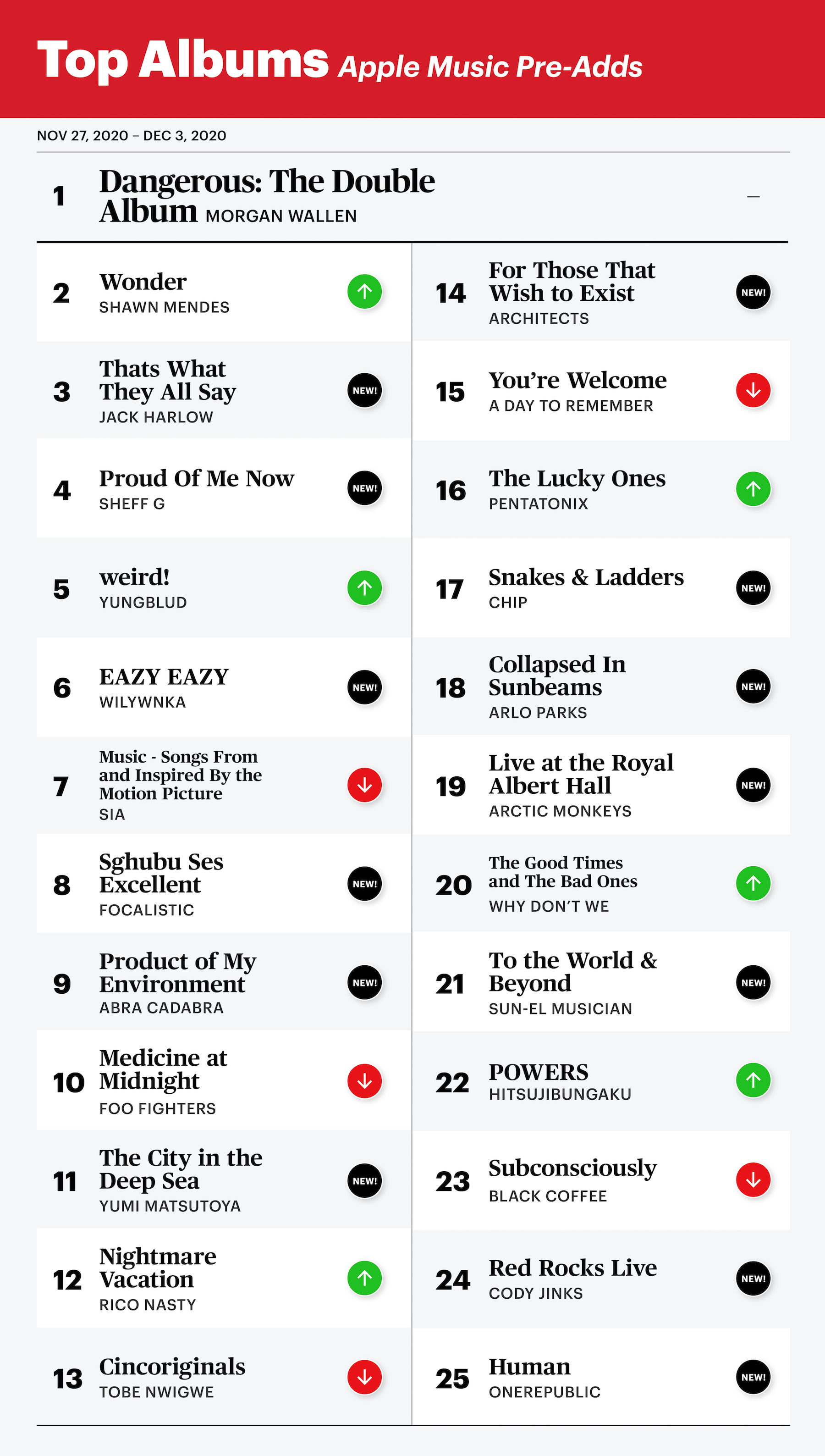 Elsewhere on this week’s Pre-Add Chart, Shawn Mendes’ Wonder jumped to Number Two in its final week leading up to its release on Friday. Thats What They All Say, the debut album from “Whats Poppin” rapper Jack Harlow, enters the chart at Number Three ahead of its December 11th release, while Sheff G’s Proud of Me Now (due December 16th) enters at Number Four. Yungblud’s weird!, which arrived Friday, jumps up 16 spots to round out the Top Five.