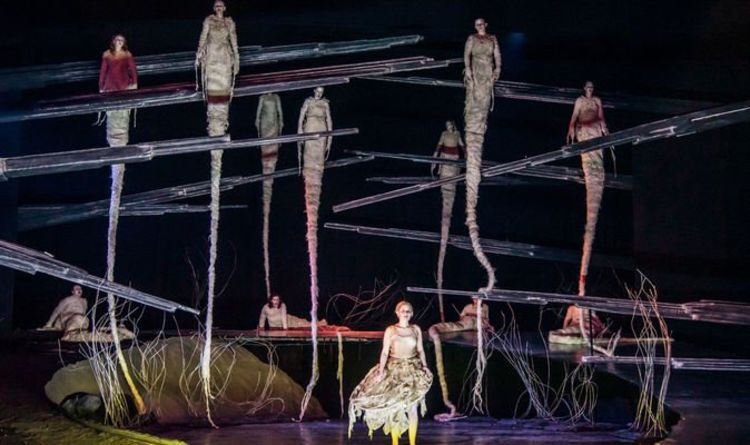 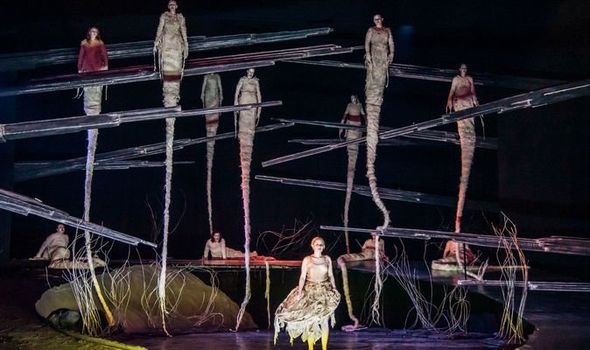 Rusalka is a young mermaid princess who longs to venture out on land and marry a human prince Neither her father Vodnik, a wood nymph, nor her sister mermaids can dissuade her from this dream, and the evil witch Jezibaba agrees to perform the spell to replace her tail with legs so that she can walk on land.

To grow legs, however, she must give up her beautiful voice, which leads to problems communicating with the prince as well as producing the highly unusual feature in an opera of a leading soprano remaining silent for almost the entire length of the second act.

In the current Glyndebourne production this is an even greater sacrifice than usual, for Rusalka is wonderfully played and sung by British soprano Sally Matthews, who leads an excellent cast. 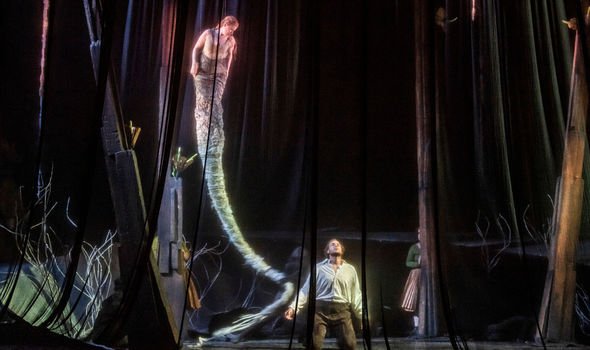 With American tenor Evan LeRoy Johnson making a powerfully impressive Glyndebourne debut as the prince, Irish mezzo-soprano Patricia Bardon as a splendidly snarling Jezibaba, and Russian soprano Zoya Tsererina as the human princess who lures the prince away from his mermaid love, it all added up to a terrific cast, especially when one bears in mind that they were restricted to artistes who are fluent enough in Czech to cope with Dvorak’s opera.

Just as wonderful as the singing and acting were, however, these aspects were fully matched by Melly Still’s stunningly beautiful production.

The way Rusalka and her sisters are suspended above the stage has a magical appearance that gives the impression that they are swimming through the air. 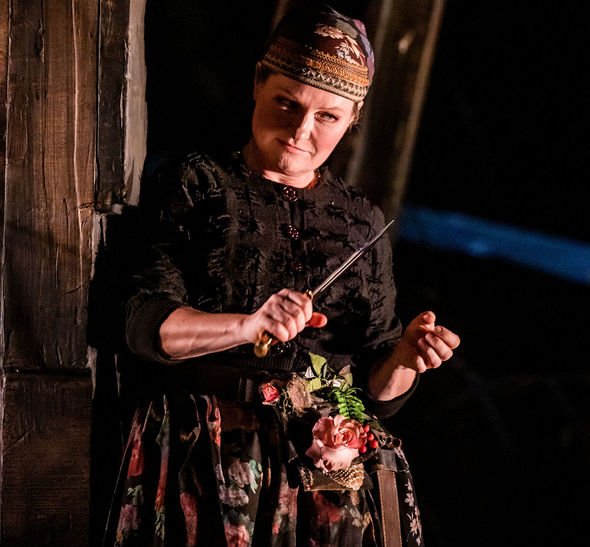 On top of the glorious music and excellent singing and acting, this provides a magnificent visual treat.

Befitting its beautiful country house location outside Lewes, East Sussex, with their well-dressed clientele enjoying picnics on the lawn during their famed long intervals, Glyndebourne opera always tries to give its audiences something extra-special to remember, but even by their standards, this Rusalka is something very special.

It is a glorious performance of an outstanding production of a powerful opera, and the final touch was provided by Robin Ticciata conducting the London Philharmonic Orchestra with great subtlety to bring out the best of Dvorak’s music to show what a real treat this can be.