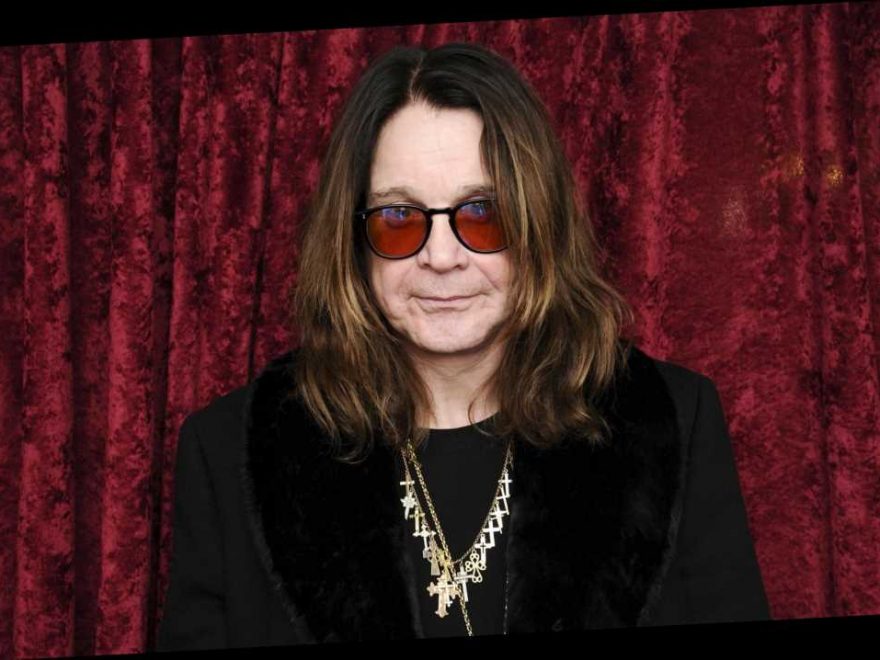 Ozzy Osbourne got his COVID vaccine!

During a special Valentine's Day interview with Ozzy, 72, and Sharon, 68, for British talk show Loose Women, Ozzy revealed that he's gotten his first dose of the COVID vaccine, while Sharon said she'll be getting her own in two weeks.

"It felt like I was being stabbed," he said with a laugh. "My arm was sore yesterday, but I'm glad I got it, you know?"

During the candid interview where the two were cuddled up in bed on Valentine's Day morning, the couple also spoke about the struggles of being in quarantine.

"I couldn't stop crying for like three days. There was not one reason why, I just couldn't stop, couldn't get out of bed. So depressed," she said. "I wake up another day, and I felt so much better."

Sharon added that her "hubby" looks after her and asks how she's doing, but when she's feeling down she sometimes "can't talk." Ozzy also opened up about worrying for Sharon while she was sick with COVID in December. "Of course I was worried. Everyone knows someone who had it before, there's not a lot you can do. You can just pray she doesn't get really sick, or worse," he said, before saying he would "absolutely" struggle with Sharon. "She's my life."

The couple also shared that they are close to signing a deal for a movie about the couple's love life and "ups and downs."

"I want a totally unknown British actor to play Ozzy," Sharon said. "Ozzy is such a larger-than-life character. If you get somebody that's known, people are going to look at it and go 'it's so-and-so play Ozzy.' I just want it to be Ozzy."

Multiple large-scale studies have found that vaccines are safe. There is no scientific link between vaccines and autism, according to the Centers for Disease Control.