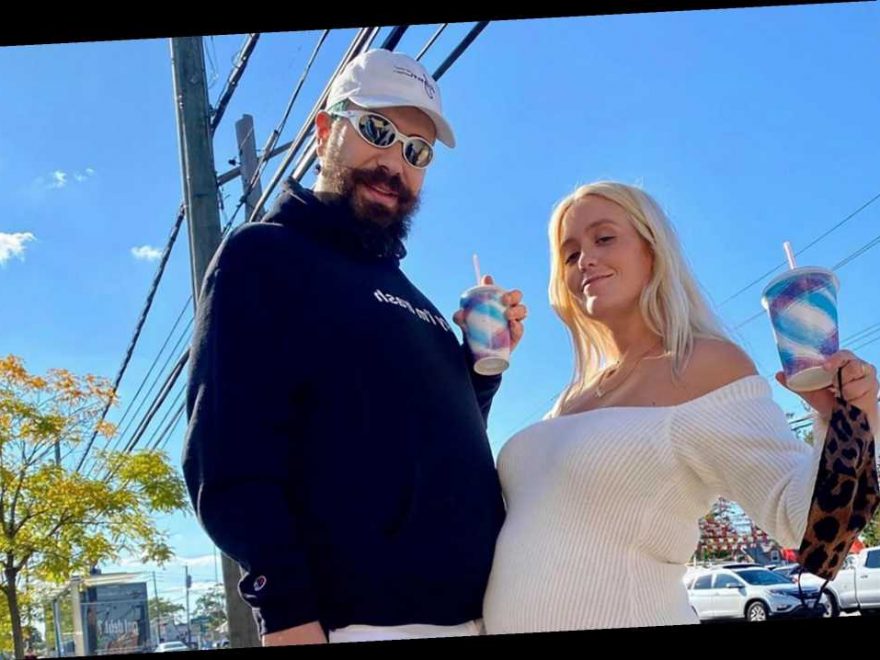 King posted a photo to her Instagram of herself breastfeeding her new bundle of joy while enjoying a chicken nugget in the hospital with the caption, “been a crazy couple of days.”

And on Sunday, she posted a photo of Ostrovsky pretending to bite into the newborn, who was dressed in a sandwich costume, with the caption, “this what happens when you leave @thefatjewish in charge of the birth announcement.”

The couple, who are close pals with Emily Ratajkowski, got married in November 2019 after one month of being engaged.

The Babe founder, who has a New York Post tattoo on his chest, was previously married to ex-wife Katie Sturino but they divorced in 2017.

That same year Page Six exclusively reported that he was having a baby with another woman amid his divorce.