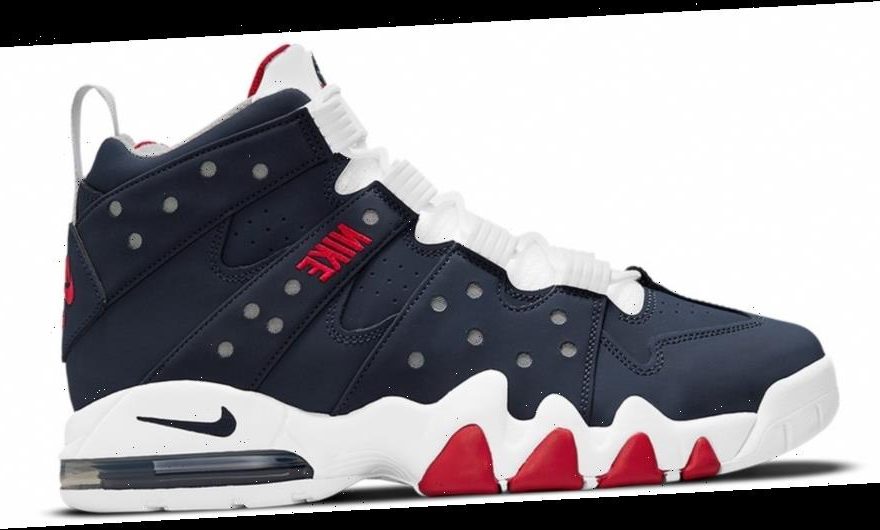 After announcing the release of Charles Barkley’s Air Max CB ’94 in its OG colorway,

Six years since its first retro release, the Air Max CB ’94 basketball silhouette has now been adorned in patriotic colors as an ode to the iconic starting lineup. Premium nubuck in “Obsidian” hues cover the upper contrasted by the white on the tongue, laces and heel tab. Spots of red on the midsole match the interior of its sockliner along with the “NIKE” branding on the midfoot strap and Air Max logo on the heel. The signature Air Unit wraps around the back of the heel with a mini Swoosh placed just above it on the midsole.

As seen on the Dream Team, the polka dot-like holes surround the laterals for added breathability with an extra padded elastic sockliner for ankle support on the court.

The Nike Air Max CB ’94 “USA” is slated for release in the coming weeks and retail for $160 USD, so keep an eye out on Nike’s website for more details.

In case you missed it, take a look at the official images of the Nike SB Dunk “VX1000 Camcorder.”
Source: Read Full Article