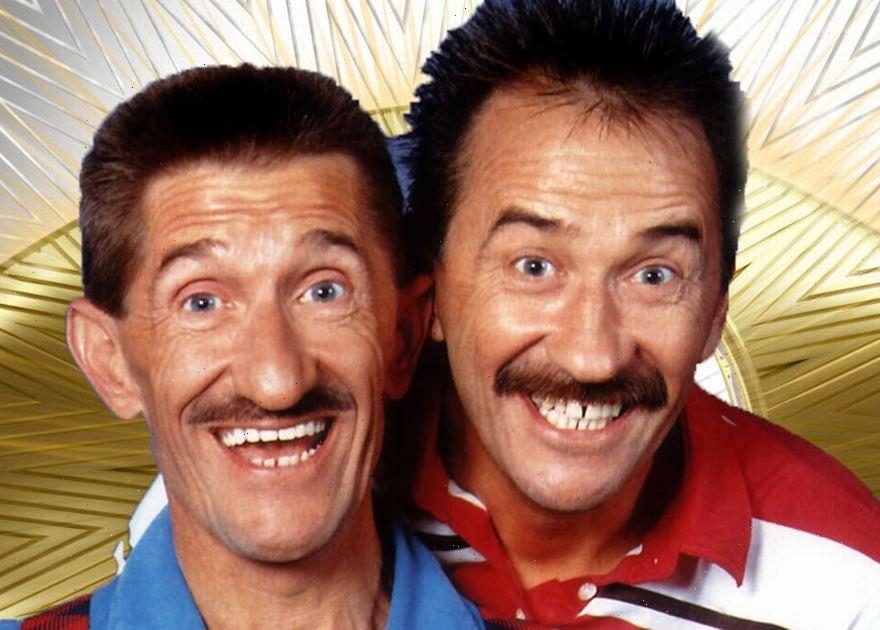 Peeved Paul Chuckle is at war with a removal firm for using him and his late brother as its business brand.

The kids’ telly veteran branded Chuckle Bro’s Removals “disgusting” for plastering its van with an image of him and dead sibling Barry – saying their famous catchphrase “To me, to you!”

But the owner of the three-week-old Liverpool-based business yesterday told the Daily Star he’d done nothing wrong as he wasn’t using Paul’s exact name in the title of the firm.

ChuckleVision comic Paul, 73, kicked off on Twitter over the company name and logo.

He ranted about an image of the firm’s truck sent to him on the social media site, saying: “Unbelievable… disgusting. This should not be allowed when will it stop!! This is obviously nothing to do with us, using our name and faces.”

Among the droves of Twitter users who backed Paul’s outburst was his Only Fools And Horses star pal John Challis.

The 78-year-old, who played car dealer Boycie on the sitcom, responded to Paul’s post with the word “Naughty.”

Others urged Paul to immediately sue the removal company for copyright infringement.

One called its use of the Chuckle brothers’ likeness “highly illegal”, and another posted a link to a government website advising on copyright infringement.

But many others appealed to the entertainer not to “go all big corp” and let the company make a living in hard times.

The business has no record on Companies House and its owner would only give his first name as Charlie when called by the Daily Star.

Before hanging up while claiming he was on a removals job, the Liverpudlian admitted: “I set up the business about three-and-a-half weeks ago.

“I put my van into the shop and they designed it for me when I asked for a logo for a removals firm.

“I haven’t exactly copied his name – his name’s Paul Chuckle and I’ve called it the Chuckle Bro’s. It’s not just me.”

It’s understood Paul could sue Chuckle Bro’s Removals for misappropriation of name and likeness – which is when someone uses your name or likeness for commercial benefit.

The row comes days after we revealed Paul has spent lockdown working on an upcoming dance single called It’s The Only Way.