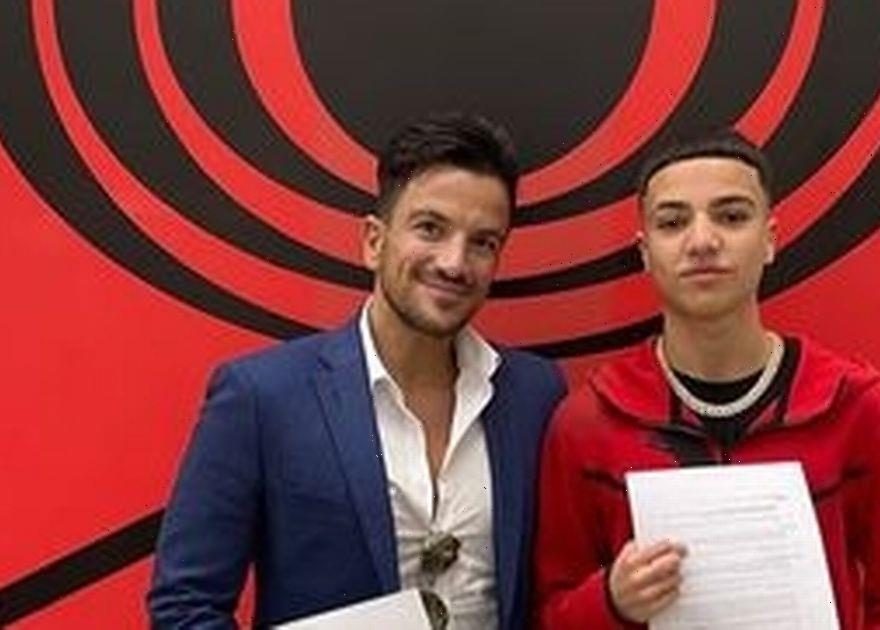 Junior Andre is following in his dad Peter Andre 's footsteps, as he has signed a record deal with a major label.

The 16-year-old has signed a lucrative deal with Columbia Records UK, the same label that is the home of Harry Styles and Calvin Harris.

The teenager revealed he has been secretly working away in the studio with his pop star dad, and then got news that Columbia wanted to sign him.

He shared a picture of him with Pete and some members of the Rebel Records team on Instagram and an excited caption.

"Wow. Where do I start? These past six months have been hectic," he said, "but I’ve loved every single second of it.

"My dad took me to the studio six months ago and got me in the booth at @rebelrecs.

"Since then I have secretly been working on a massive project, and not long ago got a call saying @columbiauk want to sign me!

"I would just like to say thank you to the team @rebelrecs alongside my dad who have helped develop me into an artist.

"Of course a big shoutout to @sktartist and @marcellonoego who are very talented and have been working with me on this project since the start."

And he didn't stop there, as he went on to thank a few other people including mum Katie Price, who has done many things in her career, but never quite mastered singing.

"Not forgetting my mum who is always supportive of me," Junior wrote.

"And of course my family and friends. I love everyone who supports me and I am very excited to go on this journey with you all."

Proud little sister Princess, 14, was among the first to comment on the post, as she wrote: "Congratulations Junior, love you," as well as a love heart emoji.

And Peter wrote: "Beyond proud. Wait until you see the pic I post later," alongside a laughing emoji.

Pete is known for playing pranks on his kids – and them on him – but they could do well to follow in his footsteps.

During his pop career, he's had a handful of No1 singles and albums and has released a whopping 11 studio albums.

Meanwhile, Katie has released a few songs of her own but hasn't had anywhere near the same sort of success.

For more of the latest showbiz news from Daily Star, make sure you sign up to one of our newslettershere.