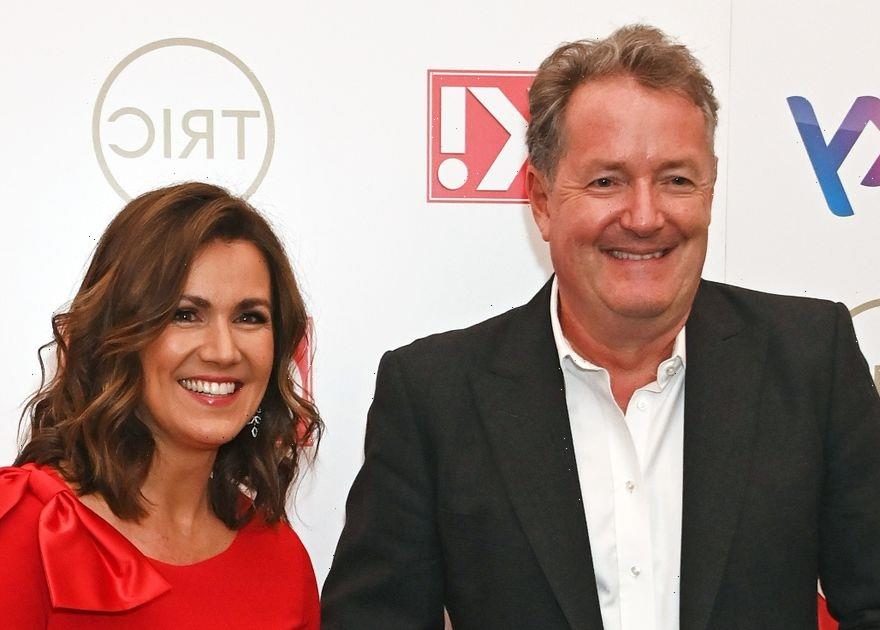 Piers Morgan shocked onlookers with an X-rated gag about Susanna Reid at a TV awards.

The presenter, 56, made the joke while speaking about Good Morning Britain on stage at today’s Television and Radio Industries Club (TRIC) awards.

The star went up on stage to receive his award for the News Presenter award, in which he beat his former co-host Susanna and fellow broadcast journalist Huw Edwards despite his dramatic walk-off on Good Morning Britain this March.

The former Britain’s Got Talent judge left the audience wide-mouthed with shock as he delivered his hilarious acceptance speech in which he thanked Susanna for working alongside him for more than five years on the hit ITV daytime show.

He told the crowd: “I know it all ended a bit dramatically earlier this year. But we had a good run… five years. And I spent all five years with Susanna Reid.

“It’s a bit weird. You end up like you’ve got this extra wife. And she doesn’t even get the good bits.
“And they’re very good bits, I have to say,” he confessed.

The audience were stunned by the comments.

Piers and Susanna, 50, were reunited at the bash for the first time since he quit Good Morning Britain in a row over Meghan Markle.

Speaking backstage, he admitted it was emotional to finally be back together.

He told the Daily Star: “It’s very nice to see Susanna again. I haven’t seen her since I left Good Morning Britain. It was actually quite emotional for both of us.

“You get very close to someone when you work that closely together.

“Not many men have seen Susanna Reiss in her curlers at 5am consistently. I’m one of those people. It was a privilege.”

Piers has also hinted they could reunite on TV again in the future.

He added: “You never know. It was pretty successful the first time round. I think most of the viewers wanted us to carry on.”

This comes after fellow presenter Ben Shephard also teased the controversial presenter could make an appearance on GMB again in the future.

In an exclusive chat with the Daily Star the doting dad added: “There’s an extraordinary team of people that make the show and as much as I'd like to think we have the power to choose, it’s way over our pay grade.

But the TV star cheekily teased views as he hinted: “I don’t doubt at some point he will make a reappearance.”