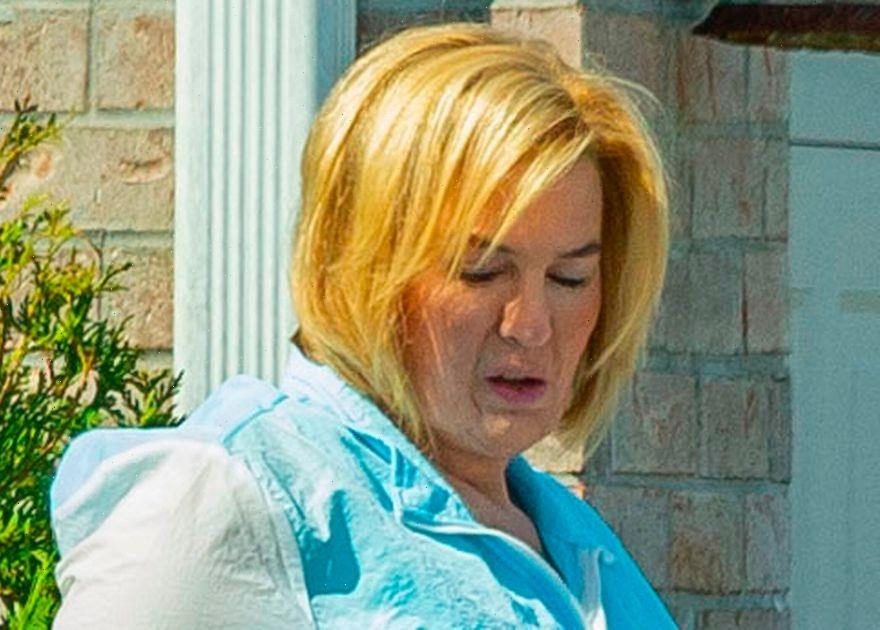 ActressRenée Zellweger, 52, was unrecognisable in costume for her latest role, following a backlash for wearing a fat-suit in her upcoming series The Thing about Pam.

Renee plays Pam Hupp in the true crime series, based on the real life murder of Betsy Faria, whose husband was wrongly convicted of the murder. The conviction was later overturned.

Pam Hupp was later found guilty and sentenced to life in prison, after she admitted to also murdering Louis Gumpenberger.

Renee was pictured on set in Louisiana wearing prosthetics, dressed in a blue shell suit top, black leggings and blonde bob haircut for her role as Pam Hupp.

However, the Oscar winning actress has previously come under fire for wearing a fat suit in the role following photos of her on set earlier this month, with the decision branded 'damaging' and 'fatphobic'.

In the latest photos, Renee can be seen wearing a padded suit underneath her costume.

Plus size writer Sarah Alexander told Metro, "A fat suit has always been a way of mocking fat people no matter who wears it, even if it is for an acting role. "Actors that have previously worn them (Gwyneth Paltrow, Sarah Paulson) have admitted they regret their choice in wearing one and that it causes harm.’

In previous photos, Renee had been pictured wearing a fat suit underneath jeans and a jacket while filming on set, with a member of the crew seen carrying the fat suit on a hanger during production.

She is not the only actress who has faced a backlash for wearing a fat suit in recent weeks.

American Horror Story actress Sarah Paulson was criticised for wearing a fat suit in her role as Linda Tripp in American Crime Story, later saying that she "would not make the same choice going forward."

Talking to the LA Times, she said "I think the thing I think about the most is that I regret not thinking about it more fully. And that is an important thing for me to think about and reflect on."