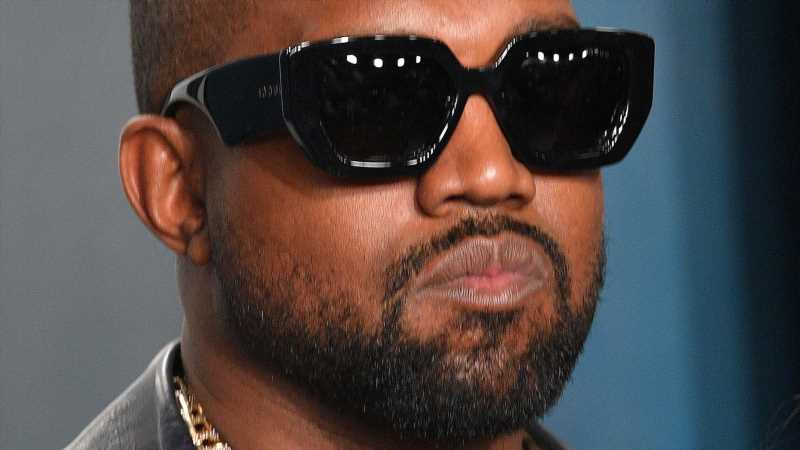 Kim Kardashian and Kanye West’s relationship hasn’t been free from drama over the last year. West decided to throw his hat in the ring in the race for president, tweeting his announcement on July 4, 2020 and things quickly went downhill. At a South Carolina presidential rally on July 19, 2020, the “Jesus Walks” rapper revealed the couple discussed aborting their first child, North, which infuriated the “Keeping Up With the Kardashians” star. “Kim is shocked that Kanye spoke about North at the rally,” an insider shared with People. “She is furious that he shared something so private.”

Following the rally, West claimed that Kim was trying to put him in a mental institution in a now-deleted series of tweets. “Kim was trying to fly to Wyoming with a doctor to lock me up like on the movie Get Out because I cried about saving my daughters life yesterday,” he said in a tweet (via People). The couple tried to work things out in marriage counseling, per E!, but “Kim was just tired of waiting,” an insider told E! in a separate report. “She tried to give it a chance. She wanted to do this last year. She gave it plenty of time but it’s just time to move on.”

On top of all this drama, another reality star is making bold claims about her relationship with West. Read on to find out.

Claudia Jordan apparently said 'no, thank you' to Kanye West's attempt to pursue her

“Real Housewives of Atlanta” alum Claudia Jordan, who appeared on Season 7 of the show, revealed on “The Domenick Nati Show” that Kanye West tried to make a move on her years ago, while he was married to Kim Kardashian, according to Daily Mail. She was asked if she would consider dating the Yeezy founder, to which she replied, “No. Kanye tried to already, so no, thank you.”

“He tried years ago. Me and Nikki Chu were in the club. They shut the door … I told you that whole story,” Claudia elaborated in the interview, per Daily Mail. Claudia claimed the incident happened while West was married to Kim. “I met him before and, you know what, I hung out with Kim as well. And [because of] Girl Code, I couldn’t do it. Let’s say that.”

Despite Claudia’s claims, an insider told E! their divorce was not a result of cheating. “There were no affairs,” the source explained. “No one did anything bad. They grew apart.”