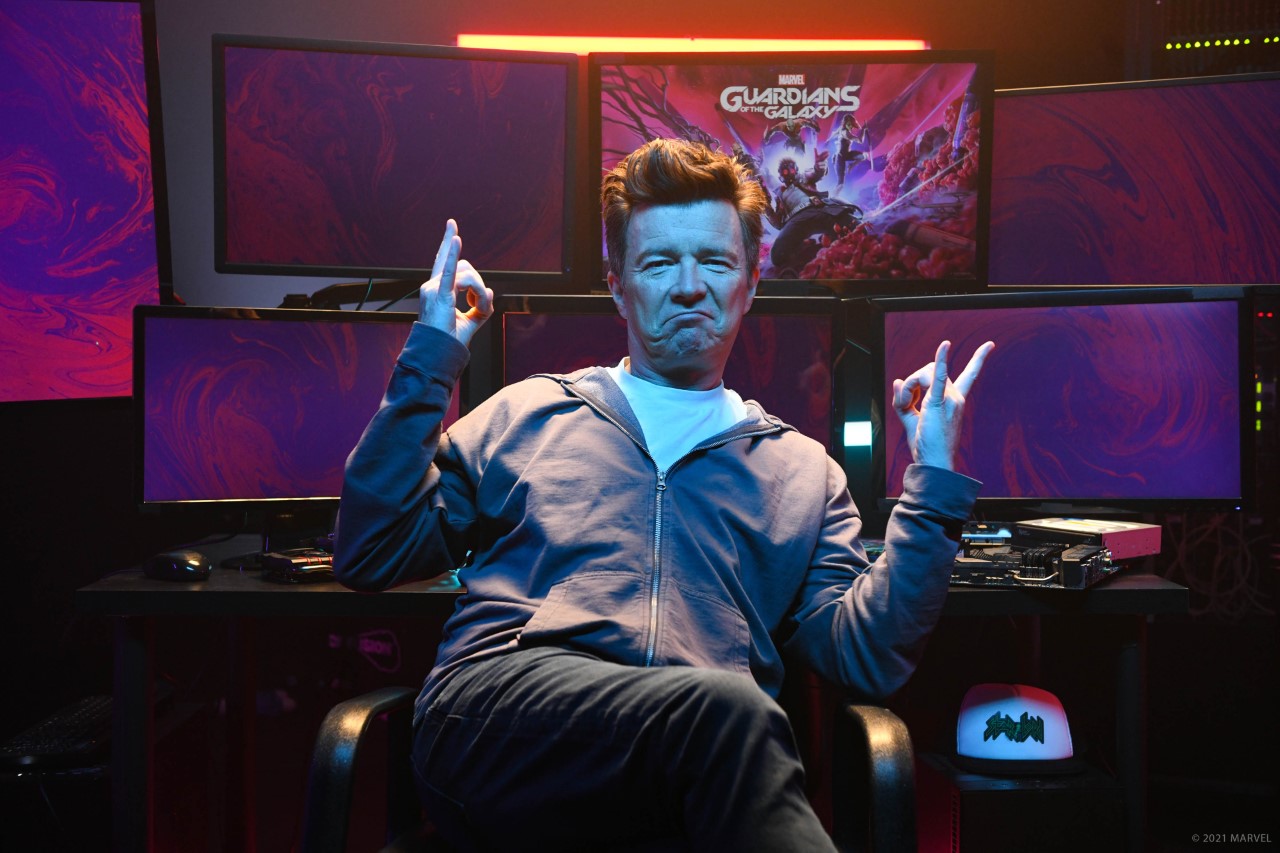 Rick Astley is possibly the least likely name you would marry with Marvel but the 80s pop icon has now become a part of the superhero family – sort of.

The video game version of Marvel’s Guardians of the Galaxy is out this week and it features Rick’s smash hit single Never Gonna Give You Up which, let’s face it, is still a banger 35 years later.

Not to mention, the Rickrolling meme is pretty amazing.

Originally released in 1987, the dance classic is one of the most-loved of the era managing to transcend the ages, and it’ll now be introduced to a whole new audience thanks to blockbuster superhero studio Marvel.

So how’s Rick feeling about joining one of Hollywood’s biggest franchises?

The 55-year-old told Metro.co.uk: ‘It’s pretty cool and I think they use music in a really cool way. I think any of the artists who’ve had one of their songs in the Marvel movies but also a game like this, it’s an amazing connection for a song that could be more than 30 years old.

‘Predominantly in the gaming world, it’s usually younger people, so I think it’s great that a lot of these songs are getting a chance to be heard again and also put into a different universe, literally.

‘The way that they use the music and the way the music inspires the lead character Star-Lord, I think that’s amazing and the first time I saw the first film, I thought this is so cool that the first time he plays this old Walkman, and when he plays a certain kind of song, his mood changes, the atmosphere changes, his possibility of doing stuff changes because he’s driven by the music.

‘I think any artist would jump at the chance, it’s pretty amazing.’

The Together Forever hitmaker added: ‘I love that he’s not your average superhero because he fumbles through things sometimes and I think that’s kinda nice. In a bizarre way, that underdog thing really works with me. It’s nice he’s not just perfect all the time.’

Rick is still able to perform off the back of his success in the 80s and 90s, and there’s no denying his debut single still holds a special place in hearts.

Reflecting on the song’s continued success, the musician said: ‘I didn’t even think it would make it to the 90s to be honest, never mind it kicking around now.

‘But I think most artists would say the same, anyone who made a record in the late 80s. The music industry was super naive because nobody in the industry really saw streaming. We couldn’t even imagine the world that we now live in.’

He continued: ‘Nostalgia is not always used in connection with music in a nice way, it’s quite often always just a nostalgia gig. Sod that. People want to go to gigs and relive moments, I do for sure. That carries on for decades. People still want to go and see Fleetwood Mac, whether that’s people who bought their first records but they’re also going with their grandkids.

‘It’s kind of amazing and beautiful.’

Marvel’s Guardians of the Galaxy is available to purchase now on console and PC. Watch the video of Rick Astley Rickrolling gamers here.