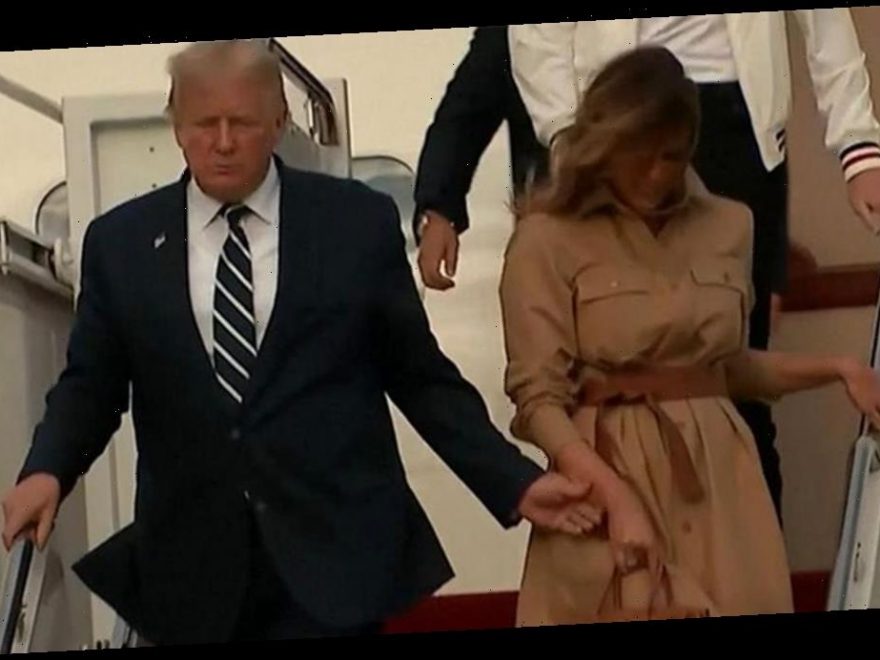 Rihanna is clearly a fan of Melania Trump awkwardly refusing to hold her husband Donald Trump's hand after sharing the clip to Facebook.

The First Lady and President of the United States were filmed stepping off Air Force One over the weekend when the awkward encounter occurred.

As POTUS walked down the steps, he reached out to take his wife’s hand.

But she seemed to move away to keep her dress intact.

When Donald tried for a second time, she again appeared to make an avid attempt not to touch.

The video has exploded online, with none other than pop sensation Rihanna sharing it. She posted the clip on Facebook with her track Needed Me dubbed over it.

The singer captioned the clip: “Melania likes art #78 days,” which is in reference to the number of days left before the US election.

Her video has been seen more than 1.5 million times with viewers split over what they were seeing.

Some claimed Melania was simply trying to stop her outfit from blowing in the wind. But others point out it is not the first time she has apparently snubbed her other half.

In 2018, Trump was seen repeatedly trying to grab his wife’s hands but to no avail.

And a year earlier, a video went viral appearing to show Melania blanking the president.

Rihanna has been vocal in her criticism of the president, previously calling him the “most mentally ill person in America”.

The Umbrella superstar has slammed him for refusing to address gun violence in the past and also recently shared images of graffiti which had “f*** Trump” written across walls.