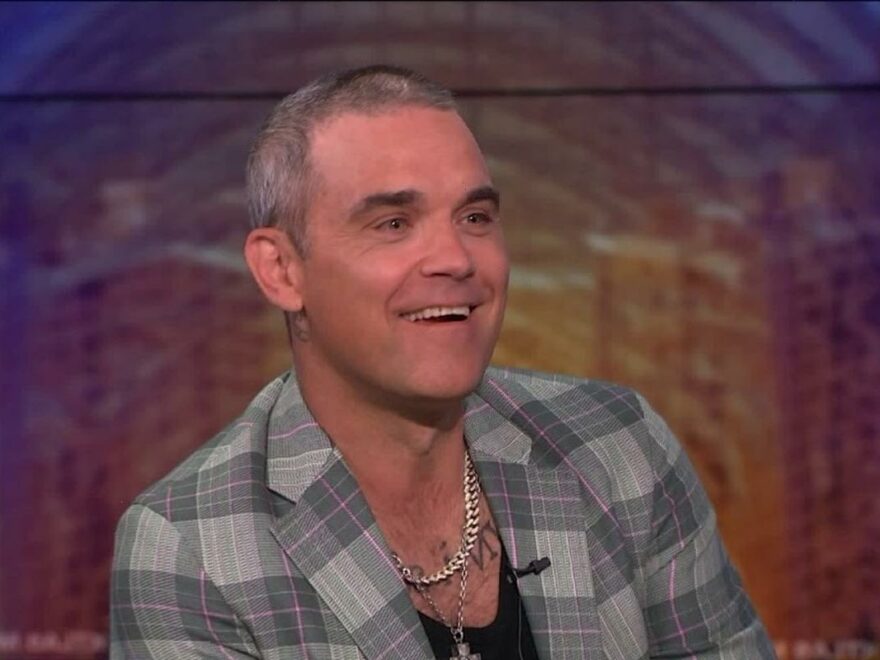 The former Take That member wants to return to the stage at Worthy Farm, more than two decades after he first played at the festival following solo debut.

AceShowbiz –Robbie Williams would love to play Glastonbury. Previously performing at the world-famous music event in 1998 shortly after launching his solo career, the “Old Before I Die” singer is now eyeing up the Sunday afternoon Legends slot at this year’s festival and thinks the opportunity would change a lot of people’s perceptions of him because he’d put on such a great show.

“I’ve not been asked yet. I know I’d slaughter it. It’s one of those times and places, and a reimagination of what Robbie Williams is,” he said on his “Robbie Williams Rewind” podcast. “When you do Glastonbury, perception changes more than any other festival.”

“Diana Ross could play any festival and not get any traction, but she plays Glastonbury and everybody is talking about it, like Barry Gibb. A lot of people there have an oblique perception of what I am. But if they saw me do it, I would take their heads off. I look forward to doing it if I get the opportunity.”

But the Spice Girls have also admitted they are interested in the slot. Melanie C said recently, “Glastonbury is so magical, and it’s the ultimate British festival without a doubt. One day a Spice Girls performance there would be a great thing. We would love to grace that stage.”

And her bandmate Emma Bunton is also keen on the idea. She said of the Glasto speculation, “There’s always talking, isn’t there? ‘Oh, the Spices Girls are getting back.’ It was so funny, even last year, a really good friend of mine was at Glastonbury, and she called me and went, ‘Are you going to come on stage?’ I’m like, ‘No, I’m sure I would have told you!’ “

Despite there being no plans to take to the stage at Worthy Farm just yet, Emma can’t wait to be reunited with her bandmates. She added, “Do you know what, obviously as the Spice Girls, we love working together, and when the time is right, things kind of happen. But I love, love, love [them], and I can’t wait till we perform again. It’s got to be right for all of us, collectively, so hopefully that’ll happen at some point soon.”