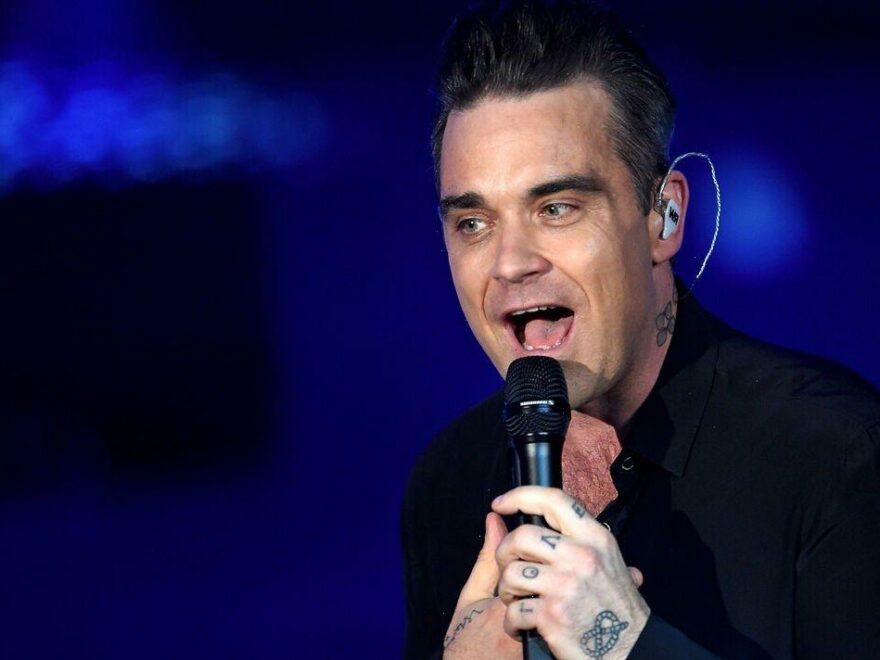 Robbie Williams is hitting an iconic London stage next month to show his fans that he can still rock them, while also filming footage for his upcoming biopic. Tickets go on sale today, so you’ll have to act fast if you want to be a part of Robbie’s cinematic legacy.

Where can you buy Robbie Williams tickets?

Tickets for Robbie Williams’ two nights at the Royal Albert Hall in London go on sale today at 11am.

The two shows are due to take place on Sunday, 6th November, and Monday, 7th November, 2023.

The Royal Albert Hall has a capacity of approximately 5,270, so dedicated Robbie fans should have a good chance of getting tickets before they run out.

The dramatic musical movie is due to be a retelling of the Stoke local’s life, and the Royal Albert Hall shows are reported to be replicating Robbie’s 2001 show “Live at the Albert”. The dress code for these shows is strictly black tie.

The film’s star-studded cast is fronted by British star Jonno Davis, who is set to play a younger version of Robbie, detailing his early years and relationship with Take That.

Robbie will then play himself in his older years to cap off the movie.

Robbie Williams’ biopic movie Better Man is being directed by Michael Gracey. The Australian star is best known for being the director of 2017’s The Greatest Showman.

Considering the Hugh Jackman epic earned dozens of awards and nominations after its release, Gracey’s Williams movie could certainly go the same way.

Gracey previously said of the Better Man movie: “To tell Robbie Williams’s beautiful, distinct story, back home, in my own city, is a dream come true. There is a creative energy that burns across the Melbourne film industry, and I know this movie will thrive here.”

Scroll down for a full list of Robbie Williams tour dates.