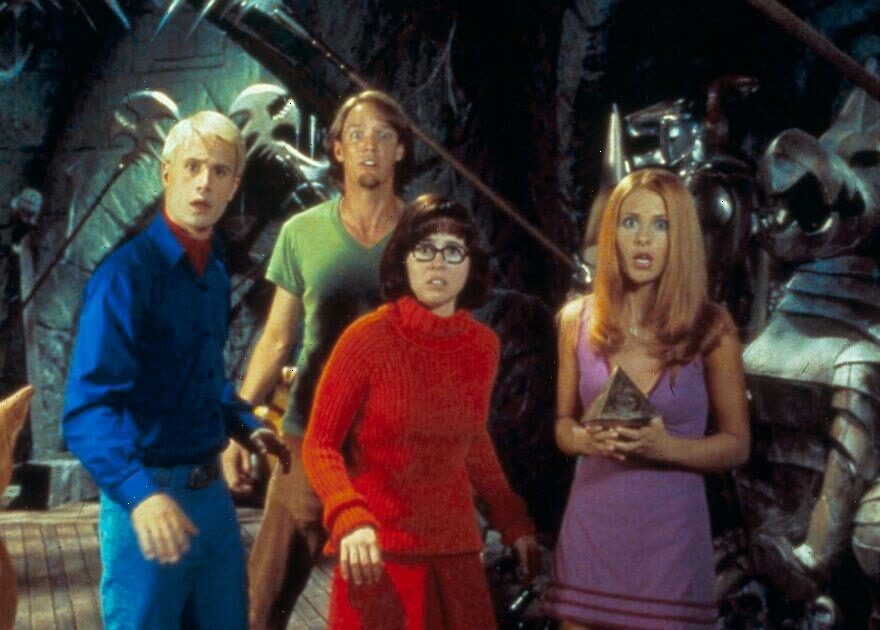 It's been 20 years since the live-action Scooby-Doo movie hit the big screen in 2002 bringing with it an epic adventure for the Mystery Inc gang.

The film grossed over £228million at the box office worldwide making it a resounding hit with viewers around the world and thrusting the cast to the forefront of acting talent globally.

With Buffy The Vampire Slayer star Sarah Michelle Gellar and her hunky beau, I Know What You Did Last Summer actor Freddie Prinze Jnr, leading the ensemble as Daphne and Fred it was a recipe for success thanks to their already bulging fanbase.

Daily Star have taken a look at where the popular cast are now two decades on from their hugely popular Mystery Machine adventure.

The heroine of the movie, Sarah, was already a big deal thanks to her lengthy stint on TV as Buffy Summers in Buffy The Vampire Slayer.

She filmed the movie midway through her stint as the famous vampire slayer which ran between 1997 until 2003.

Sarah has had endless success in the movie business and went on to star in several other big-name productions including The Grudge, The Grudge 2, The Return and The Air I Breathe.

In 2015, she co-founded her own baking kit company Foodstirs, following up in 2017 with her own cookbook Stirring Up Fun With Food.

Sarah and co-star Freddie weren't just lovers on-screen either, with their romance extending to their private lives too after they met on the set of I Know What You Did Last Summer.

They got married in 2002 and have two children – a daughter, Charlotte, and a son, Rocky.

Freddie was the perfect choice to star alongside his off-screen partner as the dashingly bossy Fred.

Despite his huge popularity with his adoring fans thanks to his boyish good looks, Freddie found his Hollywood career fading away a little as Tinseltown snubbed him despite his success in I Know What You Did Last Summer and rom-com She's All That.

A few poor choices on low rated productions such as Down to You and Boys and Girls.

Freddie did score a TV role starring opposite Kiefer Sutherland in 24 but he never managed to edge back into movies and quit Hollywood altogether to become a stay at home dad in season eight of 24.

He had failed to see eye to eye with co-star Kiefer and even went as far as to say he was was “terrible” to work with, and “the most unprofessional dude in the world.”

Freddie moved into behind the scenes work with World Wrestling Entertainment and like his wife released a 2016 cookbook called Back to the Kitchen.

He has also undertaken several voiceover roles for games and movies including Star Wars: The Rise of Skywalker.

While Matthew played the part of Shaggy in the 2002 movie and its 2004 sequel as well as continuing into the animated voice over world as the franchise developed, he was surprised to find himself suddenly replaced in the role.

The actor voiced the character in several video games, animated movies and multiple TV shows, including Scooby-Doo! Mystery Incorporated, Be Cool, Scooby-Doo! and Scooby-Doo and Guess Who?

But in 2019 he was surprised to discover he had not been hired for the role in the latest instalment in the movie series Scoob!

Scream star Matthew didn't hide his feelings on the matter as he admitted only finding out via Twitter and that "Hollywood never ceases to amaze me."

He later told AP: "Yeah, about SCOOB! I don’t have a lot of good things to say. I wish them all well. Yeah, I mean, it was a drag. And I was surprised that [the recasting] happened. Hollywood’s an interesting place and I’ve been around for a long time.

"Some of them are easier to accept than others when you don’t get a job, but that one, that was a bummer.

"I like sort of having a legacy in a career that’s been 30 years doing it.

"I like the fact that I was that part, and it’s a bummer that it went a different way.”

Linda was best known as Scooby Squad brainiac Velma in the movie and its 2004 sequel before she made her move to more TV-based roles.

She has racked up quite the impressive CV starring on ER, Mad Men, Bloodline, Muppets Now, Hawkeye and Dead to Me.

Her move back to movies has seen her take parts in Brokeback Mountain, Avengers: Age of Ultron, Daddy’s Home,

She also turned her hand to producing in 2019 when she acted as co-executive producer on Netflix’s Dead to Me.

Linda dated Jason Segel for five years between 2002 until 2007 but they eventually split and she began dating Steve Rodriguez two years later in 2009.

Isla has a whole array of big movie roles under her belt including I Heart Huckabees, Wedding Crashers, Confessions of a Shopaholic, Now You See Me, and Nocturnal Animals.

The former Home and Away star has also appeared in TV roles including Rebel Ally on Arrested Development.

In 2022 she turned her hand to producing for the first time on Wolf Like Me, which also sees her star as werewolf, Mary.

Her 2016 book release Marge in Charge was a huge hit and she has followed up with five more titles in the series since.

Isla married comic actor Sacha Baron Cohen in 2010 and they have three children, daughters Olive and Elula and a son, Montgomery.