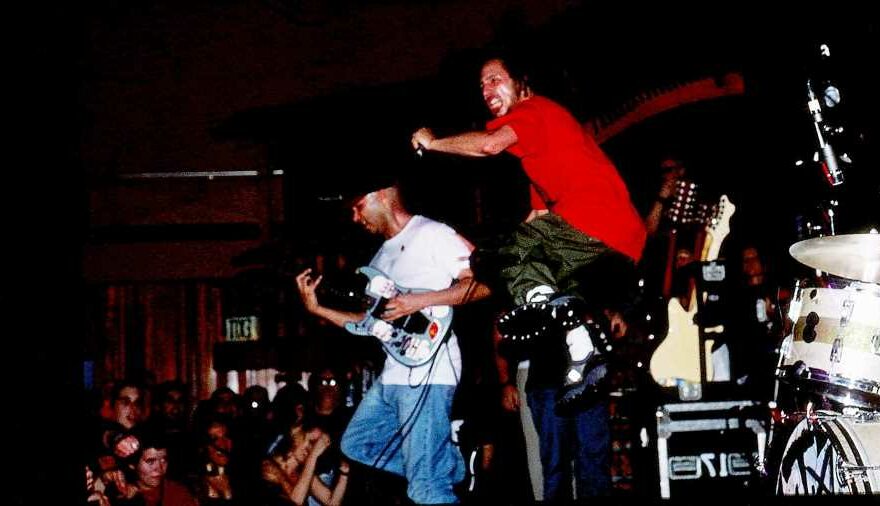 We’re 27 days away from the launch of Rage Against the Machine’s long-awaited reunion tour at East Troy, Wisconsin’s Alpine Valley Music Theatre. They’ve kept an extremely low profile ever since announcing the reunion tour in 2019, especially frontman Zack de la Rocha, but they’ve recently started teasing the tour with a series of posts on their official Instagram page.

The most tantalizing one is a 34-second photo montage showing the band in rehearsals. The images are extremely blurry and most of their facial features are totally obscured, but it clearly shows the four members at a rehearsal hall prepping for the tour. The audio is a snippet of “War Within a Breath,” which the caption claims was recorded during rehearsals.

Is It Too Soon To Put Eminem in the Rock Hall of Fame?

Rage Against the Machine Announce Rescheduled Tour Dates for 2023

The Beatles in India: 16 Things You Didn't Know

RS Recommends: 5 Devices You Need to Set Up Your Smart Home

A post shared by Rage Against The Machine (@rageagainstthemachine)

“War Within a Breath” is the last song on Rage’s 1999 LP The Battle of Los Angeles, their final collection of original material to date. It’s an extremely on-brand tune that touches on everything from the Zapatismo movement to the Palestinian Intifada. “Every official that comes in, cripples us, leaves us maimed,” de la Rocha roars. “Silent and tamed/And with our flesh and bones, he builds his homes/Southern fist, rise through the jungle mist.”

Here’s video of Rage playing the song at their Battle of Mexico City gig in October 1999. The group broke up less than a year after this momentous show. Guitarist Tom Morello, bassist Tim Commerford, and drummer Brad Wilk carried on as Audioslave with Chris Cornell at the helm, while de la Rocha began a solo album we’re still waiting to hear 22 years later. Rage re-formed for Coachella in 2007 and gigged occasionally through 2011, though the majority of shows took place at overseas festivals.

The reunion tour that kicks off next month will take the group all across the world, beginning with a long run of American arenas. They’re unlikely to play a note of new music throughout the entire tour, but few people are likely to care. They’re one of the mightiest live acts in rock history, and they have more than enough songs to craft a killer set list. Let’s just hope they pull it off without any Covid-related delays. Rage fans have been waiting a long time for this tour. Judging by that “War Within a Breath” snippet from rehearsals, it’s going to be incredible.