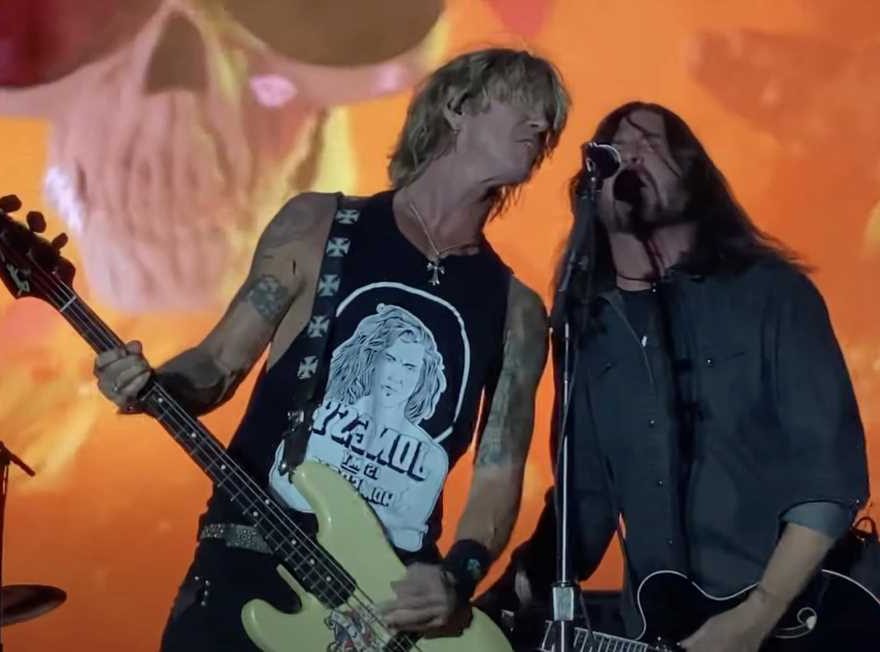 Guns N’ Roses welcomed surprise guest Dave Grohl to perform “Paradise City” during the band’s Saturday set at Napa Valley, California’s BottleRock festival. However, due to a strict curfew, organizers pulled the plug on the all-star collaboration midway through the performance.

With the Foo Fighters scheduled to headline Sunday night at the fest, Grohl — who years ago lent Axl Rose his throne, and previously performed “Paradise City” with the band in Tulsa in 2017 — made a surprise appearance for the Appetite for Destruction classic, Guns N’ Roses’ final song of their headlining set.

However, as soon as the song wandered past the 10 p.m. curfew, and following the second chorus, organizers cut power to the stage. Undeterred, the band continued to play the rest of the song sans amplification, with the crowd singing along with Rose when they weren’t booing organizers.

According to the San Francisco Chronicle, the 10 p.m. curfew — established in 2013 to appease the fest’s Napa neighbors — at BottleRock has previously seen headlining sets by Neil Young and the Cure similarly get cut off mid-song. Foo Fighters, who broke BottleRock’s curfew in 2017, will attempt to avoid the same fate Sunday.

As BottleRock organizer Dave Graham said in a 2017 radio interview after cutting off the Foo Fighters, “I was responsible for making sure that we ended at 10 and it pained me to have to do that. I would have happily paid a big fine to keep them playing. It’s less about the money and it’s more about the trust within the community and the credibility that our festival has within the community.”