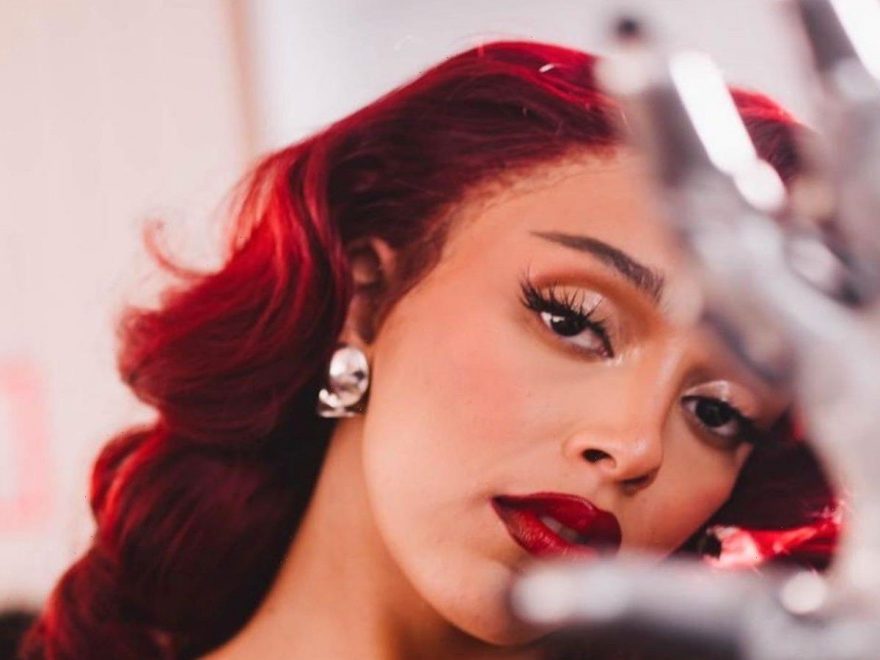 Amala Ratna Zandile Dlamini is best known by her stage name, Doja Cat. The young starlet maybe just be 25 years old, but since exploding on the music scene in 2012, she has certainly made quite a mark in the music industry. Skilled in the art of pop, R&B, hip-hop, and dance, Doja Cat has won the hearts of millions of fans across the globe and has quickly become an internet sensation. Her hits have topped the charts, shattered records, and proven to the world that she’s here to stay for the long haul. Already having amassed a net worth of $4 million, Doja Cat continues to churn out the hits time and time again. Life and Style Magazine reports that her success can be attributed to the numerous income streams she has generated for herself, all of which continue to flourish and show no signs of slowing down.

Born and raised in Los Angeles, California, Doja Cat was always passionate about the arts. Talented as a dancer and as a musician, she followed her heart and gravitated towards cultivating her singing career, resulting in the release of her single So High when she was just 17 years old. The song immediately caught the attention of RCA Records and Kemosabe Records, and the contract negotiations began.

It wasn’t long before she signed on to a multi-year contract with RCA Records for $150,000, and she immediately catapulted to fame. The release of her hit singles Mooo and So High were enough to garner worldwide attention. Doja Cat gained millions of followers on social media and started to see her name appearing on a multitude of music charts. Her career had officially been launched.

Immediately upon releasing Moo and So High, Doja Cat threw herself into her music and quickly churned out her next hot singles, Say So and Purr, both of which immediately rose to fame with huge success.

By this time, Doja Cat had already amassed a very loyal fan following, and she continued to create music with their support. She released her album called Amala in 2018, with rave reviews, and immediately followed it up with album #2, Hot Pink, just one year later. Doja Cat was making huge money on her instant hits, and her tours were bringing in big bucks for the star. The release of her third full studio album, Planet Her, in 2021 set the music industry ablaze, as she nestled into worldwide fame and her newly found net worth of $4 million.

Doja Cat is such a smash hit in the music scene that she has racked up more accolades than can be easily listed. Her awards span over numerous categories and genres, and she has found a way to appeal to fans of all generations. Some of the awards she has won include; American Music Awards, GAFFA, MTV Europe Music Award, MTV Video Music Award, People’s Choice, NRJ, and an NAACP Image Award.

Maximizing Her Reach Through Social Media

Being a top-selling musical artist in 2021 means being able to captivate millions of people on social media, and Doja Cat certainly has no problem in this department. She has well over 5 million followers on TikTok and over 7 million followers on Instagram, and the number of fans that fall in love with her music continues to grow daily.

Doja Cat’s wealth is infused with huge YouTube revenue, record sales generated by social media engagement, and a number of musical tours. Her ability to engage her and followers on social media has made Doja Cat relatable and wildly popular, helping her secure money from the touch of a button. Her popularity increased with each post on her social media, which has greatly contributed to her net worth.

One of the most critical aspects of Doja Cat’s income is her huge footprint on TikTok. Nearly every one of her songs is linked to a TikTok video, and in the digital age, that equates to enormous popularity and greatly increased income potential. Generating a huge fan following with her hits on TikTok has resulted in huge popularity for the star as she continues to rise.

Collaborations With Other Artists

Aside from earning millions on her own accord and through her talent as a solo artist, Doja Cat has also managed to secure huge deals with many other famed artists. Her collaborations with the likes of Nicki Minaj, Bebe Rexha, and Gucci Mane have exposed her to a much larger audience, which in turn, follows her on social media and continues to engage in her musical career. She has also worked alongside artists such as Ariana Grande, Tyga, Lil Wayne, Rico Nasty, and The Weeknd, and each collaborative contribution elevates her career and her income to an entirely new level.

A true entrepreneur at heart, Doja Cat, has quickly discovered that she can earn a plethora of income by maximizing her existing fame. She has millions of fans that absolutely adore her and eagerly lap up any project that she is involved in. Doja Cat has been part of lucrative endorsements with brands such as Wifey Cosmetics and Fashion Nova. She has also cleverly launched her very own line of merchandise, which, of course, expands on her brand by playing on the ‘cat theme’. Her loyal fans are able to easily purchase Doja Cat T-shirts, hoodies, sweatpants, cat ears, fanny packs, and even skateboards that bear her name are available.

READ NEXT: Slaying Swimwear Sales: Elizabeth Hurley Models In Her Own Swimwear Line

Source: Life and Style Magazine, Celebrity Net Worth, What’s Their Net Worth