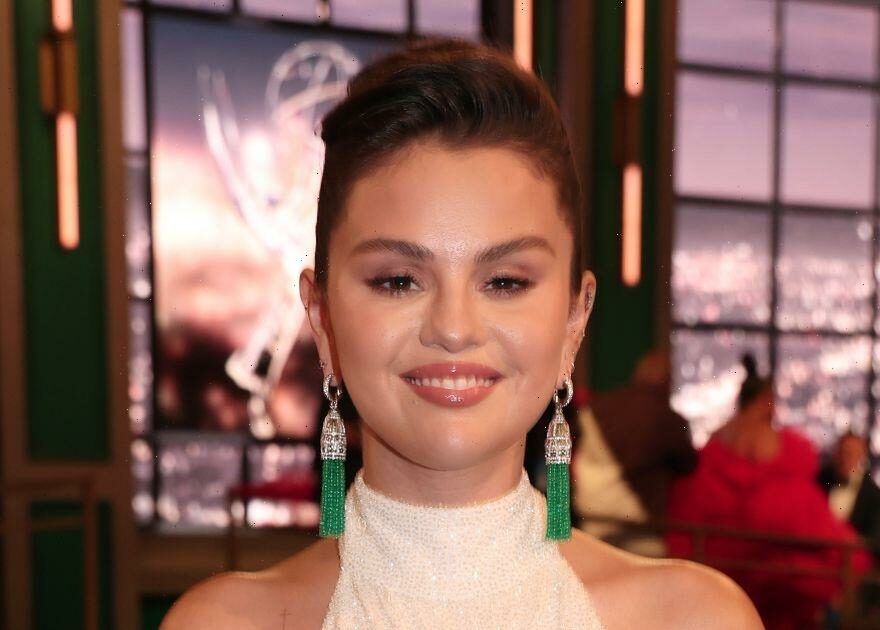 Hailey Bieber and Selena Gomez posed for a picture together over the weekend despite rumours of an ongoing rift between the two stars.

Hailey, formerly known as Hailey Baldwin, was a victim of online abuse from fans after she paired up with Justin Bieber following his years-long on again off again relationship with Selena.

Fans accused the model of being the cause of Selena and Justin’s split, and rumours of a feud have surfaced ever since.

READ MORE: Why has Justin Bieber cancelled Justice World Tour – as he opens up about health battle

Bieber and Gomez both attended the Academy Museum of Motion Pictures 2nd Annual Gala in Los Angeles on Saturday, October 15.

They donned neutral ensembles, with Bieber, 25, wearing a strapless floor-length gown by Saint Laurent with a stomach cutout.

Gomez, 30, wore a black ensemble with simple pair of black pants and a black tuxedo-style blazer.

The duo took several photos together at the gala. In one snap, they appeared to be sitting down at the same table, with Gomez placing her hand on Bieber’s knee as they posed cheek-to-cheek.

Another sweet photo captured the two standing side-by-side with Gomez embracing the Rhode Skin founder in a side hug.

The third snap of the duo captured a glam shot nearly full-body shot as they smiled for the camera with their arms around each other.

The photo comes shortly after Hailey publicly discussed claims she played a role in their breakup for the first time.

"When him and I started hanging out… hooking up or anything of that sort, he was not ever in a relationship at any point," she said on Alex Cooper's podcast, Call Her Daddy.

"It's not my character to mess with someone's relationship, I was raised better than that. I'm not interested in doing that and I never was.

Period point blank, I was never with him when he was in a relationship with anybody, that's the end of it."

Referencing Selena, Hailey went on: "I respect her; there's no drama personally."

Shortly after the podcast aired, Selena went on TikTok live to talk about online hate, although she didn't mention Hailey by name.

"I think some of the things that I don't even need to be aware of are just vile and disgusting. And it's not fair, and no one ever should be spoken to in the manner that I've seen," the Only Murders in the Building star told her fans.