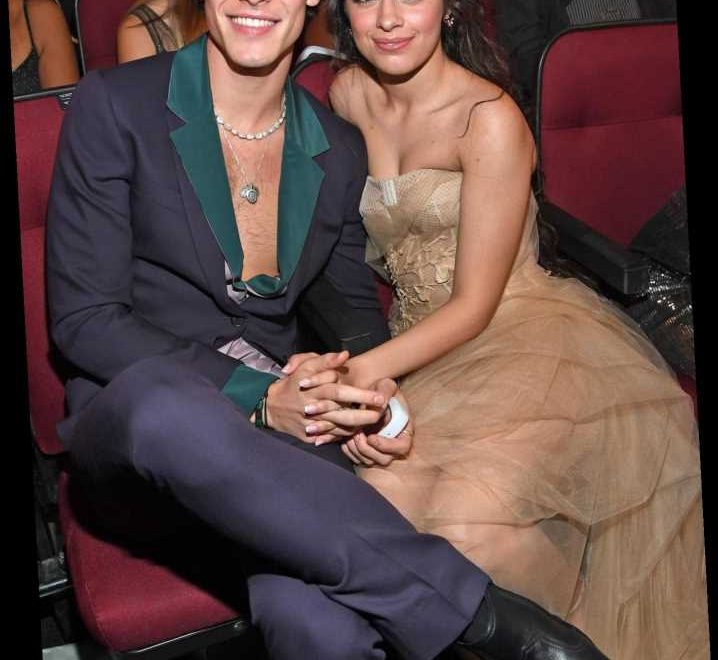 The "Wonder" singer, 22, recently opened up about how his father, Manuel Mendes, was immediately fond of Cabello, 23, when she was first introduced to their family.

"My dad is never very serious about things, but he would always bug me and be like, 'How's my daughter-in-law doing?' " Mendes said in an interview with the Zach Sang Show.

"Obviously your parents don't know, but when you know you know," he added about marriage and their future. "But I definitely went to them a lot about it."

Mendes and Cabello have been dating since July 2019 and have enjoyed time isolating together with her family at their Miami home amid the coronavirus pandemic. The couple also recently become dog parents to their new pup Tarzan.

In his new Netflix documentary, Shawn Mendes: In Wonder, the Canadian pop star gives his fans an inside look at his personal life, including his relationship with Cabello. In the doc, he recounts telling the former Fifth Harmony member that she is the subject of his love songs.

"My song comes on the radio or something and I'm like, 'Everything's about you. They're all … They have always been about you,' " he recalls telling Cabello. "She goes, 'What do you mean?' They're all about you. Like every song I've ever wrote." Mendes also recently opened up about his romance with Cabello in the cover story for VMAN's latest issue, telling Elton John, who interviewed him for the magazine, that his "Senorita" duet partner helped him reconnect with family and friends whom he drifted from throughout his successful career.

"I don't know if it was something that was a 'me thing' or a 'men thing,' but I think for seven years, I was on such a speedy path down one way with blinders on, and I wasn't keeping in touch with my family and friends…but when I landed with Camila, immediately she had her family around more," Mendes explained.

"[She's] all about the family and friends," he said of Cabello, "and it really made me like, 'Oh, I should call my mom.'"

"I started reaching back out to my family and friends and all of these connections I felt were further away…I felt a little bit alone out there and she changed that for me," he added.

Mendes is set to perform a benefit show, Wonder: The Experience, as part of the American Express Unstaged concert series, which will be available to livestream on Sunday, Dec. 6, at 6 p.m. ET.