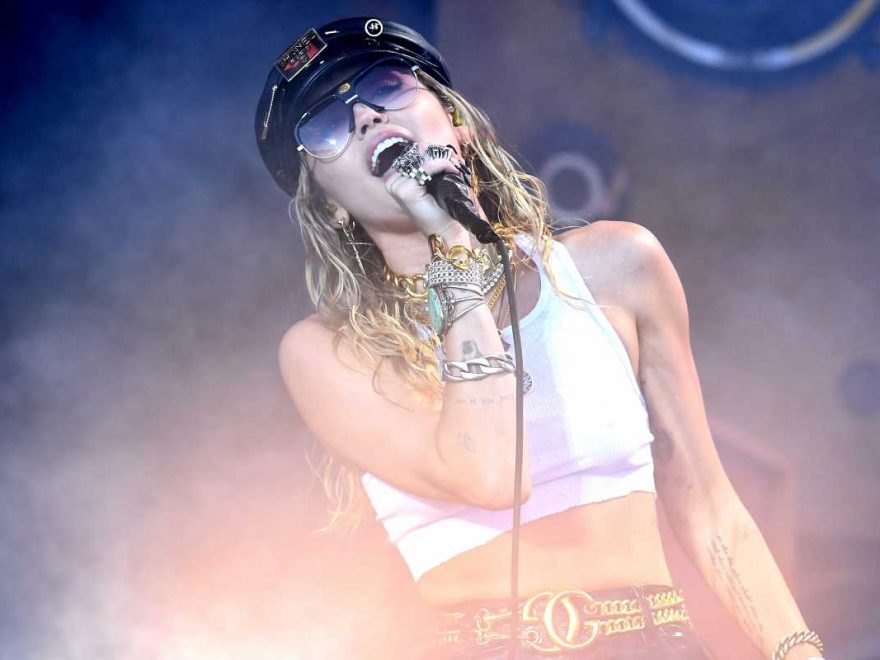 One of Miley Cyrus’ most underrated periods was her brief, teenage flirtation with rock. When she first began showing the world she was more than a Disney princess, she released the hair metal-tinged Can’t Be Tamed. She has not returned to the genre much since then, opting instead for rap and country. With “Slide Away,” we hear a more mature return that makes one hungry for more experimentation from the singer in this genre.

“Slide Away” is a break-up song, coming just days after her separation from husband Liam Hemsworth had been made public. The song — and the single cover — are not subtle about what happened behind closed doors. “I want my house in the hills/Don’t want the whiskey and pills,” she belts on the chorus. Throughout the song, the ocean motif present in her love songs about Hemsworth, particularly “Malibu,” is turned on its head. “So won’t you slide away/
Back to the ocean/I’ll go back to the city lights,” she offers.

Beneath the song is a bit of grunge melancholy, maybe culling inspiration from her appearance at the Chris Cornell tribute concert where she covered Temple of the Dog’s “Say Hello 2 Heaven.” The song sounds like a different “Malibu“: the Hole single from 1998. Cyrus has a more controlled rock growl than Courtney Love, but the pained heartbreak and loss is still there in both.

Rock motifs were present when Cyrus released the EP She Is Coming, the first of a promised series. She turned all of those hazy rap-inflected songs into full-band, hard rock bangers during the live performances. It is unclear if “Slide Away” is a one-off or part of the forthcoming remainder of the EP collection, but hopefully it isn’t the last we hear of Cyrus’ rock vocalist capabilities.