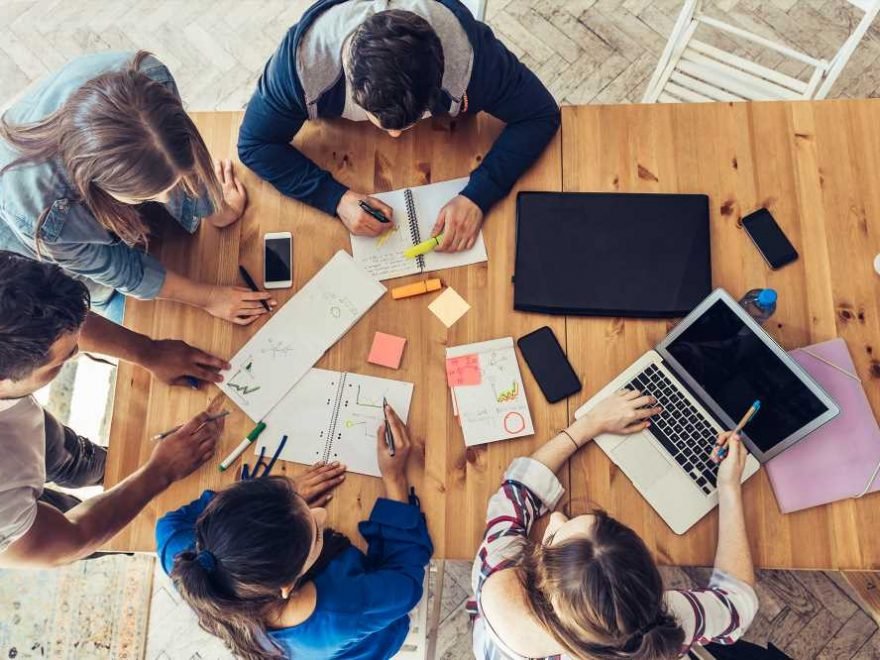 The average American student spends approximately 105 hours a month “hustling” in order to achieve their goals, according to new research.

A new study examined the amount of time the average student spends studying and working, and found students spend approximately 9.7 hours studying and 16.5 hours working in a typical week, all to achieve goals they’ve set for the upcoming school year.

A thousand high school and college students, aged 15–22, were asked about their goals for school and their lives as a whole.

Conducted by OnePoll in conjunction with Post-it Brand, the study found that those aged 19 to 20 were the most likely to describe themselves as “hustlers” — at 62 percent.

Results showed younger respondents, aged 15–16, hit the books the most — spending an average of 10.5 hours a week studying.

As you get older, your “hustling” focus may shift, as respondents aged 21–22 reported only studying an average of 5.6 hours a week — but they work an additional 17 hours a week on average.

The hustle doesn’t just relate to studying or working during the school year. In fact, half of the high school students surveyed have a goal of starting their own small business.

Aside from small business goals, slightly over half of high school and college students are also aiming to get a 4.0 GPA (52 percent).

Next in line for high school students is to get into their top college choice (49 percent).

No matter their age, however, nearly half of respondents had goals of making themselves and their parents proud, at 46 percent and 45 percent respectively.

Also, most respondents had goals bigger than themselves — 50 percent said they’re motivated by the chance to make a difference in the world they live in.

And when it comes to getting motivational help to reach these big goals, speaking to mom and dad tops the list at 57 percent.

How do students stay on top of their “hustling” and quell their worries? Well, it varies by age.

High school respondents prefer to go digital — with over half of respondents using digital to-do lists and digital calendars.

But perhaps as you age, you want to go back to basics. Over half of college-aged students prefer to use a paper calendar and planner to manage themselves and their time.

“Setting goals and thinking about what you want to achieve for the upcoming year is an important part of getting ready for back to school,” said Remi Kent, Global Business Director, Post-it Brand.

“Post-it Products help you plan your time, manage and balance your school and home life and be ready to tackle the new school year.”

This may have to do with the eight in 10 students who believe they not only learn better, but they also remember things better when they write down their thoughts.

In fact, 77 percent of high school students and 85 percent of college students surveyed admitted to grabbing anything to write down a thought. Four in 10 respondents even admitted to writing things on their hand in order to get it down.

“Writing something down is the first step to bringing it to action,” said Remi Kent, Global Business Director, Post-it Brand.

“We believe in the power of getting your thoughts out into the world, and we are here to provide the tools to help you do that.”