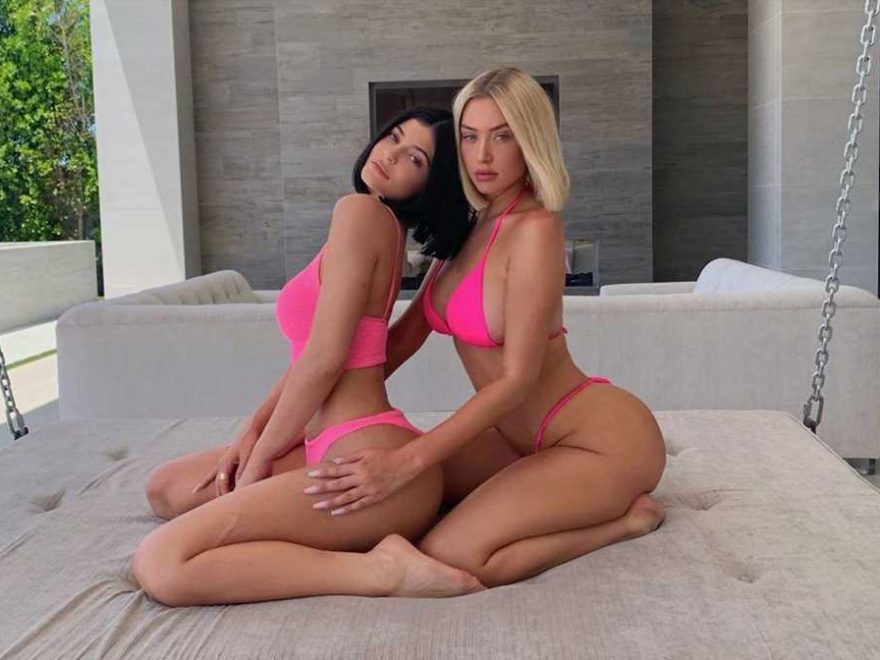 Anastasia Karanikolaou, also known as Stassiebaby, has teamed up with Missguided on a new clothing collection, set to launch on August 22.

Karanikolaou, 22, has been a friend of Jenner’s for years and boasts more than 5.5 million Instagram followers. She first became famous from her YouTube channel, and has modeled for Khloé Kardashian‘s Good American brand, designed sexy slip dresses and jumpsuits for fast fashion company Oh Polly and served as the face of PrettyLittleThing.

Jenner, 22, threw a celebratory dinner for Karanikolaou on Tuesday night, with celeb pals like Sofia Richie in attendance. There was a customized bottle of Don Julio (apparently the Kardashian-Jenner crew’s favorite liquor) for each guest, and Stassie’s face was printed on fake money, in the style of Jenner’s Kylie Cosmetics birthday collection.

“I told Stas that I wasn’t going to come to her Missguided dinner tonight just to f—k with her but you know I wouldn’t miss that s—t for the world,” Jenner shared on her Instagram Stories. She also called the clear shoes from her friend’s collection “so comfortable.”

Both Kylie and Stassie wore head-to-toe looks from the upcoming line. Along with her PVC heels — reminiscent of the style made popular by Kanye West’s Yeezy brand — Jenner wore a ruched crop top and skirt, while Karanikolaou opted for faux snakeskin pants with a long-sleeved crop top and the same shoes.

The beauty billionaire’s family has a turbulent history with fast fashion brands, and Missguided in particular. In fact, earlier this year, Kardashian filed a lawsuit against the brand for using her name and likeness to promote knockoffs of looks she’d worn — and won more than $2.7 million from the company in July.