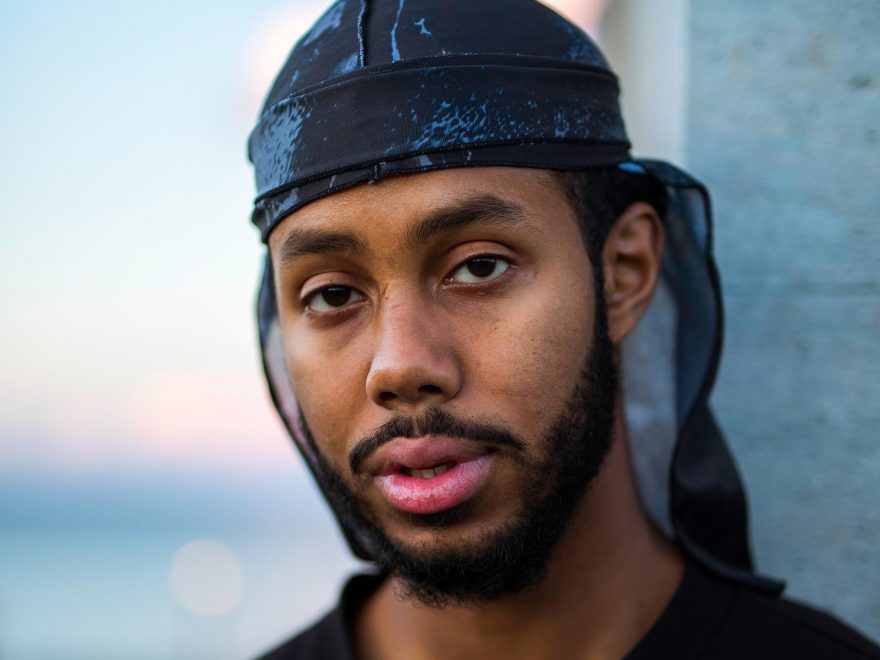 Mustafa is a secondary character in the short series of cover art he’s debuted since emerging as a solo artist a year ago — if he’s a character at all. His first single, “Stay Alive,” is visualized with a photo of the Toronto singer and poet surrounded by a troop of young men, one holding a toddler, two posing on a sturdy awning above everyone else. In the art for the follow-up “Air Forces,” a man, masked and capped, is in motion, throwing an upside-down peace sign in the foreground while Mustafa leans against a brick wall tranquilly. Mustafa isn’t even featured in the art that covers his latest single, “Ali.” Instead, there’s a photo of a cheesing little boy, the image aged by a bulky computer and TV.

Song You Need to Know: Jayda G, 'All I Need'

Song You Need to Know: Linda Perry, 'The Letter'

'We Are Better People Because of John Lennon'

Like their images, Mustafa’s songs center companions from his Regent Park neighborhood, where he grew up poor and fighting. While Mustafa has racked up songwriting credits on lovelorn pop hits for the Weeknd (“Attention”), the Jonas Brothers (“Sucker”) and Camila Cabello (“All These Years”), in his own music, he pleads for his friends’ safety and ponders their destinies. Though it’s as folky and reflective as its predecessors, “Ali” is the most devastating single, plagued with prayers for his friend’s survival that went unanswered. “I see you on your sister’s shirt,” he sings in a quiet rasp, thinking of the memorials that jolt his grief. All of Mustafa’s lyrics here are tender and direct, but the most chilling eulogy for his friend Ali Rizeig, slain at 18 years old in 2017, may be the way his simple name cascades out of the singer. Mustafa trills the name “Ali” with the length and fullness Rizeig’s life should have had. The little boy with the bright smile under a crooked lamp is no more, and Mustafa’s community is tasked with learning how to live without him. “Ali” carries the weight of that challenge.

Find a playlist of all of our recent Songs You Need to Know selections on Spotify.