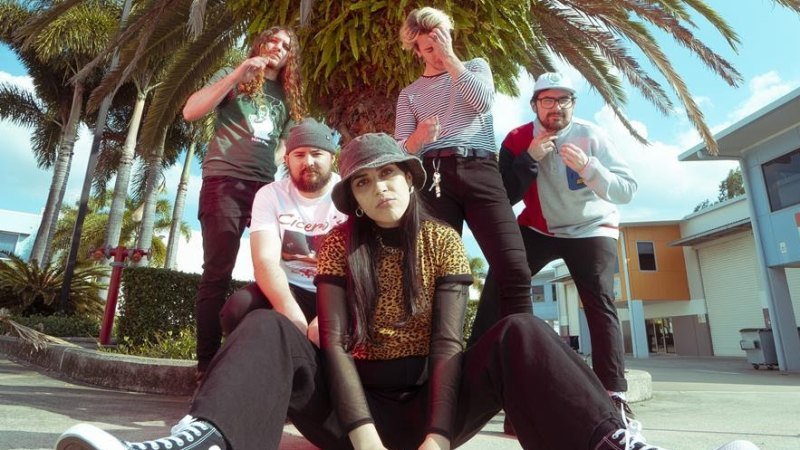 It's been five years since Brisbane's WAAX released their first song, Wisdom Teeth, and there's been plenty happen since then with a Hottest 100 entry last year for Labrador, a couple of blistering EPs with 2015's Holy Sick and 2017's Wild & Weak. Nothing worth doing, of course, is easy and WAAX had a few teething issues early on with bass player Ariana Pelser and original guitarist Elijah Gall moving on to other pursuits.

Guitarist Chris Antolak also recently departed the group but staunchly led by vocalist Marita DeVita out front and centre, WAAX have powered on, going from strength to strength as they geared up for the release next month of debut album Big Grief. Last year's recording sessions for Big Grief had Grammy winning producer Nick DiDia, who's worked with the likes of Rage Against The Machine and Pearl Jam, working the dials, while Powderfinger's Bernard Fanning helped fine tune some of the LP's dozen songs, including new single I Am. 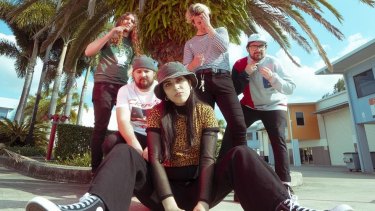 There's an urgency and unabashed love of high energy, visceral punk rock you get with WAAX, bashed out by DeVita and her bandmates Ewan Birtwell on guitar, bass player Tom Griffin, drummer Tom Bloomfield and new lead guitarist James Gatling.

The more recent line-up changes led to a delay in the group's first album being released but now with Big Grief coming on August 23, WAAX will be on the road again next month, playing the Corner in Melbourne on August 17 and Sydney's Oxford Art Factory on August 24 as part of a national run of dates. For more details about next month's tour go to waax.band

album of the week
The Pinheads
Is This Real
(Farmer & The Owl/Inertia)
★★★
There's a lot to like about these oddballs from Wollongong, not the least of which is the story about one member of the band having an experience with an alien in their drummer's vegie patch. Coming together about six years ago, there's an unshakeable DIY ethos driving things here, that and a pure love of making music. This is genuine let your hair down rock 'n' roll; it's unpretentious, unrestricted and unbelievably good fun. Thankfully the Pinheads are playing a bunch of launch shows next month to celebrate their second record with fans and their future fans.