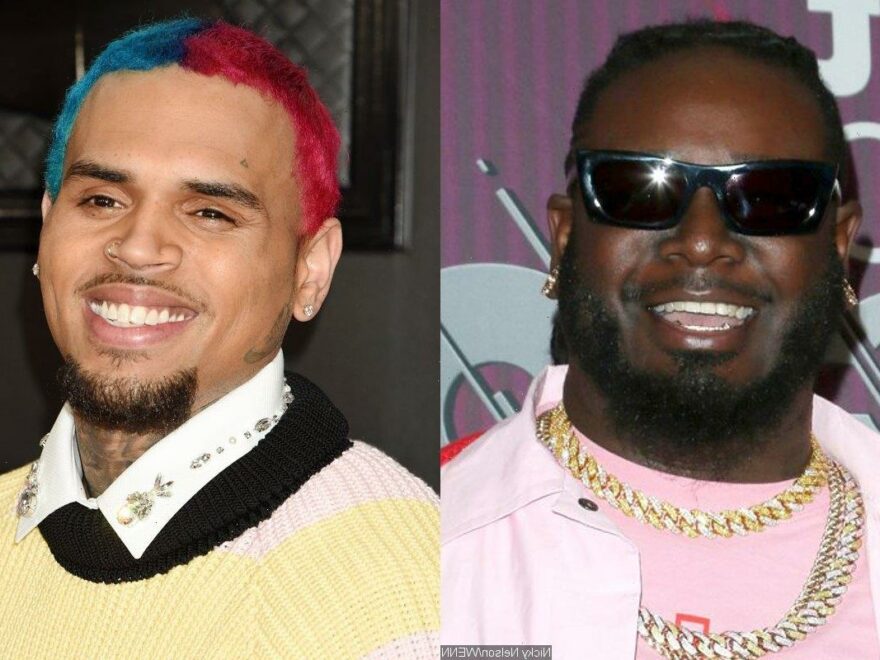 Calling out the ‘Look at Me Now’ singer who previously claimed people ‘only invest in the negative stories’ about him, the ‘Bartender’ hitmaker says that Breezy has a ‘princess complex.’

AceShowbiz -If there’s a person who knows Chris Brown more than himself, it’s probably T-Pain. Having been friends with the so-called King of R&B, the rapper didn’t mince his words when speaking out on Breezy’s complaint about the lack of support for his new album.

T-Pain, whose real name is Faheem Rashad Najm, weighed in on Chris’ frustration over his subpar album sales during a Twitch interview with DJ Akademiks. “That is my muthaf**kin n***a,” T-Pain prefaced his statement, before suggesting that Chris has a “princess complex.” He added, “But I know what his faults are. Chris Brown has the princess complex. Now, a lot of n***as don’t know what the princess complex is…”

“The princess complex is when you not only get what you want, you get the accolades of a pretty person for doing absolutely-f**king-nothing,” he went on explaining. “And just being pretty…The second that the first real muthaf**ka come up to you and say, ‘Hey, you ain’t that f**king pretty,’ it’s over. Breakdown. Twitter outrage, everything.”

Apparently aware that it might hurt Chris’ feelings, T-Pain quickly clarified, “Now, this is my n***a. And I’m not saying that he has this. I’m saying…If he put out the tweets that I saw. If that was actually him. Then, yeah. Maybe there’s a little princess aspect to it.”

T-Pain’s comments were in response to Chris’ social media posts earlier this month. A little over a week after releasing his album “Breezy”, the 33-year-old posted on his Instagram Story, “JULY 8th breezy deluxe album. Not that is matters.” He blasted people as saying, “SEEMS LIKE YALL ONLY INVEST IN THE NEGATIVE STORIES ABOUT ME.”

Fuming, the “Beautiful People” crooner claimed, “CHRIS GETS IN TROUBLE (THE WHOLE WORLD IS ON it). Chris drops album [a bunch of cricket emojis].” In a follow-up Story, he added, “I’m back on my gangsta s**t. It’s BRACKIN at all Times.”