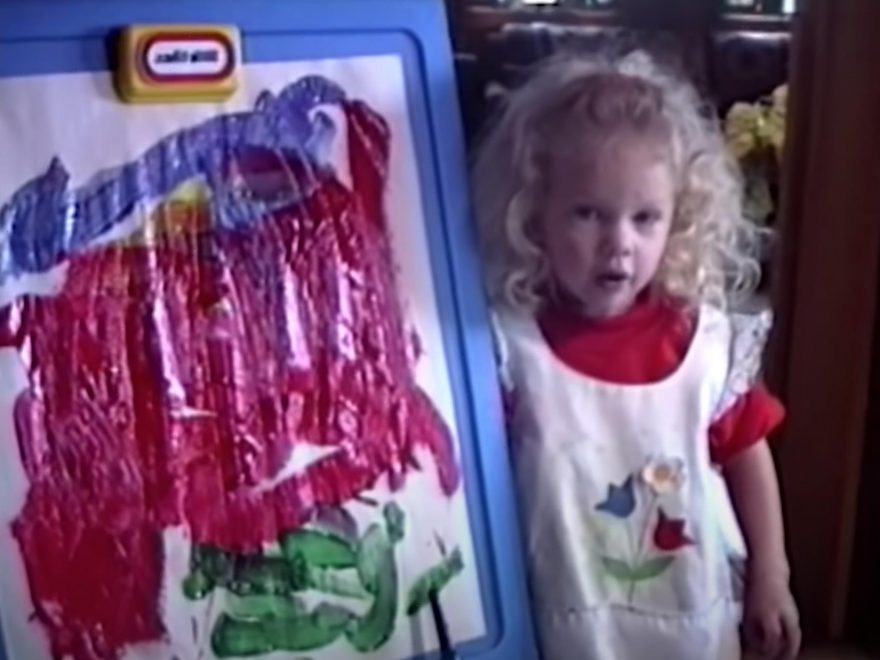 The new lyric video for, "The Best Day," a song that pays tribute to Swift's relationship with her mom Andrea, features a slew of previously unseen home movies showing her path from an adorable toddler to a worldwide superstar.

The new video also includes a clip with her mom that's referenced in the song lyrics themselves —  the "video I found from back when I was three/ You set up a paint set in the kitchen and you're talking to me."

In addition to the footage of Swift, 31, with Andrea, the home movies also show frequent appearances from her brother Austin and dad Scott. The "Folklore" singer has often opened up about her close relationship with her mom, who last year was diagnosed with a brain tumor.

In an interview with Variety in January 2020, Swift said the tumor was found while Andrea was undergoing treatment for cancer. Her cancer had returned for the second time while the Miss Americana documentary was filming, Swift revealed the previous March. "Everyone loves their mom; everyone's got an important mom," Swift told the outlet. "But for me, she's really the guiding force. Almost every decision I make, I talk to her about it first. So obviously it was a really big deal to ever speak about her illness."

"She was going through chemo, and that's a hard enough thing for a person to go through," the singer said. "While she was going through treatment, they found a brain tumor," she continued. "And the symptoms of what a person goes through when they have a brain tumor is nothing like what we've ever been through with her cancer before. So it's just been a really hard time for us as a family."

Swift previously got candid about her mother's cancer diagnosis during a deeply personal track on Lover called "Soon You'll Get Better." "That was really, really hard to write, and it was just a family decision whether to even put it on the album," the "Lover" singer said during a YouTube Live ahead of her album's release. "We as a family decided to put this on the album, and it's something I'm so proud of, but it's just really hard. I can't sing it. It's hard to just emotionally deal with that song."