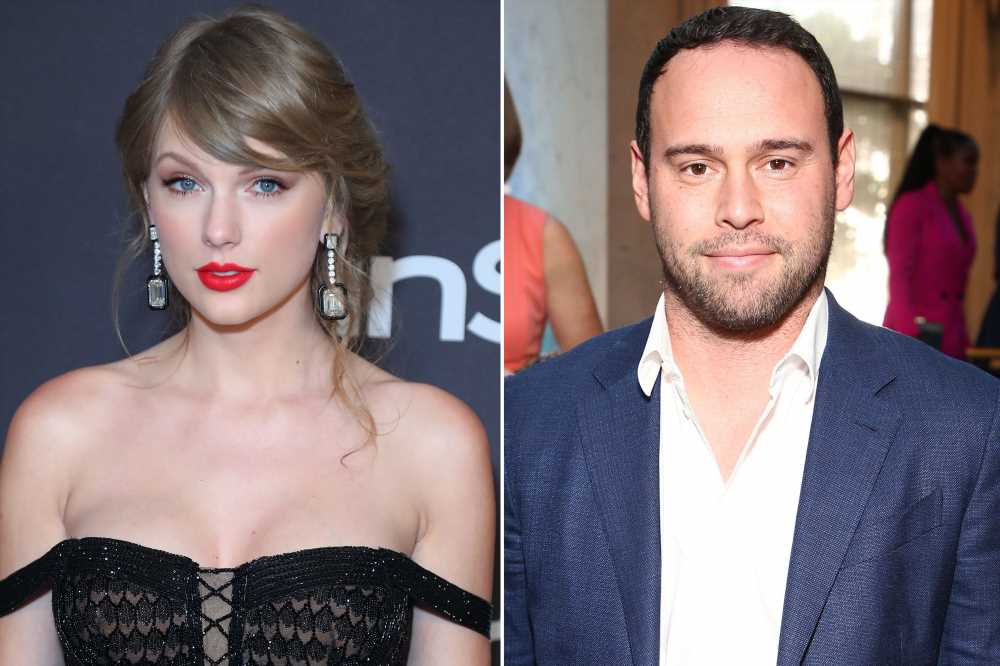 Taylor Swift is holding nothing back in her disdain for “manipulative” Scooter Braun upon learning that the manager has acquired her musical catalog in a $300 million sale.

The “You Need to Calm Down” singer wrote in a Tumblr post that she had tried for years to own her own music from Big Machine, and was told that she could only do so if she signed a new contract that gave her ownership of one of her old albums for every new one she completed.

“I walked away because I knew once I signed that contract, Scott Borchetta would sell the label, thereby selling me and my future,” she wrote. “I had to make the excruciating choice to leave behind my past. Music I wrote on my bedroom floor and videos I dreamed up and paid for from the money I earned playing in bars, then clubs, then arenas, then stadiums.”

Swift said learning that it was Braun who had ultimately purchased her masters from Borchetta was her “worst nightmare.”

“All I could think about was the incessant, manipulative bullying I’ve received at his hands for years,” she wrote. “Like when Kim Kardashian orchestrated an illegally recorded snippet of a phone call to be leaked and then Scooter got his two clients together to bully me online about it.”

The post featured Bieber on a Facetime call with Braun and Kanye West, who was a longtime client of Braun’s, with the caption, “Taylor swift what up.”

Atop the photo, Swift circled Braun’s face in red and wrote, “This is Scooter Braun, bullying me on social media when I was at my lowest point. He’s about to own all the music I’ve ever made.”

“Now Scooter has stripped me of my life’s work, that I wasn’t given an opportunity to buy. Essentially, my musical legacy is about to lie in the hands of someone who tried to dismantle it,” she wrote. “This is my worst case scenario. This is what happens when you sign a deal at 15 to someone for whom the term ‘loyalty’ is clearly just a contractual concept. And when that man says ‘Music has value,’ he means its value is beholden to men who had no part in creating it.”

The Grammy-winning singer also expressed disappointment in Borchetta for selling to Braun, as she explained he was well aware of the pain the executive had brought her.

“When I left my masters in Scott’s hands, I made peace with the fact that eventually he would sell them. Never in my worst nightmares did I imagine the buyer would be Scooter,” she wrote. “Any time Scott Borchetta has heard the words ‘Scooter Braun’ escape my lips, it was when I was either crying or trying not to. He knew what he was doing; they both did. Controlling a woman who didn’t want to be associated with them. In perpetuity. That means forever.”

Swift concluded her note with a grateful shoutout to her current label for allowing her the opportunity to own any new music she creates, and with a reminder that her new album Lover hits shelves Aug. 23. She also signed off, “Sad and grossed out, Taylor,” with a broken heart emoji.

The pop star’s references to Braun, Kardashian and West come in regards to the lyric, “I made that bitch famous,” in West’s track “Famous.”

Swift said publicly that the rapper never ran the words by her, and five months later, Kardashian branded Swift a “snake” and posted videos on her Snapchat of a private phone call between Swift and West, claiming the singer had approved the lyrics.

The musicians were never heard discussing the specific lyric in the phone call, however, and Swift hit back at Kardashian on Instagram, doubling down on her claim that West had never told he was going to refer to her as “that bitch” in the song.

“You don’t get to control someone’s emotional response to being called ‘that bitch’ in front of the entire world,” Swift wrote. “He promised to play the song for me, but he never did.”

Despite the fact that no phone call in which Swift and West could be heard discussing that specific lyric was ever released, Swift went on to receive backlash from fans who doubted her claims and called her a liar.

“The idea of Scott and I working together is nothing new, we’ve been talking about it since the beginning of our friendship,” Braun said in a statement to the outlet. “I reached out to him when I saw an opportunity and, after many conversations, realized our visions were aligned. He’s built a brilliant company full of iconic songs and artists. Who wouldn’t want to be a part of that? By joining together, we will create more opportunities for artists than ever before, by giving them the support and tools to go after whatever dreams they wish to pursue.”

In a statement of his own, Borchetta praised Braun as having had the same “big vision brings big results” mantra since their first meeting in 2010.

Reps for Braun and Big Machine Label Group did not immediately respond to PEOPLE’s request for comment.