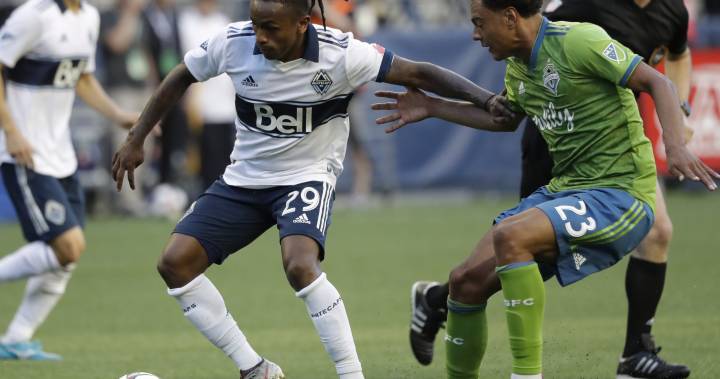 Kelvin Leerdam scored in the sixth minute of second-half stoppage time to give the Seattle Sounders a 1-0 victory over the rival Vancouver Whitecaps on Saturday night in their second Cascadia Cup showdown of the season.

Seattle had a potential winning goal from promising 16-year-old midfielder Danny Leyva overturned on video review earlier in the second half.

But there was no overturning Leerdam’s goal after Seattle had an extended period of possession deep in Vancouver’s end in the closing minutes.

It was the fifth goal of the season for Leerdam and gave Seattle its first win since beating Orlando City on May 15.

Vancouver saw its six-game unbeaten streak come to an end, although five of the six had finished in draws.

While Leerdam’s goal was the winner, Leyva was the star of the night as he became the third-youngest player to start an MLS match and nearly netted his first goal only to have a review by referee Alan Kelly nullify the strike.

Levya appeared to give Seattle the lead in the 60th minute with a chipped shot from well outside the penalty area into an open Vancouver goal.

The net was unguarded after MacMath tried to beat Seattle’s Justin Dhillon to a loose ball and inadvertently had his foot stepped on.

With MacMath down and the goal open, Leyva chipped the rest of the Vancouver defence to momentarily give Seattle the lead.