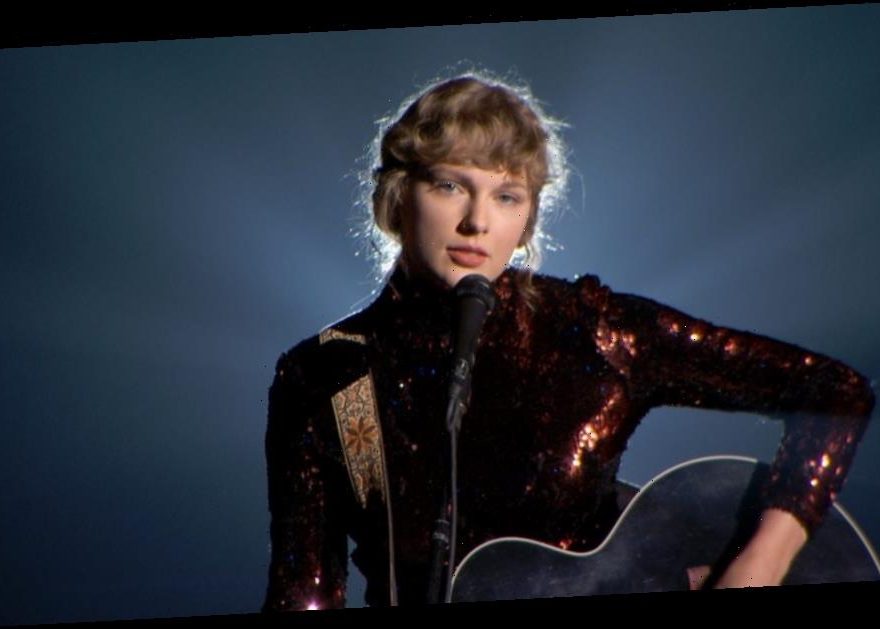 Taylor Swift has always been a keen songwriter and she once again proved her writing prowess with the release of her eighth studio album, folklore. After being pretty quiet for the first few months of quarantine, Swift surprised her fans with the album, making them wait less than 24 hours to hear new music from her. Of course, this is a far cry from the way she’s released her albums in the past. Swift is also the queen of easter eggs and left her fans clues about her 7th album, Lover, years before she even announced it.

Swift has always used her own life as inspiration for her music and some of the songs on folklore clearly reference moments in the singer’s life. For example, “my tears ricochet” is likely a response to Swift’s relationship with Scott Borchetta after he sold her masters to Scooter Braun. But, Swift didn’t just use her life as inspiration for her most recent album. One only has to listen to “the last great american dynasty” to know that some of the songs on the album seem to come from outside of her.

But the stories within folklore weren’t the only thing that were seemingly effortless for Swift when she was making the album. Her collaboration with The National’s Aaron Dessner (with whom Swift co-wrote 11 of the 16 songs on folklore) seemed to be pretty seamless as well. In an interview with Vulture, Dessner opened up about how “cardigan”, which is the first single of the record, came to be.

“I said, ‘Are you interested in a certain kind of sound?’” Dessner recalled asking Swift. “She said, ‘I’m just interested in what you do and what you’re up to. Just send anything, literally anything, it could be the weirdest thing you’ve ever done,’ so I sent a folder of stuff I had done that I was really excited about recently. ‘cardigan’ was one of those sketches; it was originally called ‘Maple.’”

Dessner revealed that he he was shocked when Swift responded with a full song only five hours after he’d sent her the file. That momentum of them sharing ideas in a seamless way would continue for the duration of time that they worked together on folklore. The end product becoming what is considered to be one of Swift’s best albums in recent years.

“I sent [the file] at 9 p.m., and around 2 a.m. or something, there was ‘cardigan,’ fully written,” Dessner recalled about Swift’s first folklore song. “That’s when I realized something crazy was happening. She just dialed directly into the heart of the music and wrote an incredible song and fully conceived of it and then kept going.”

‘cardigan’ served as a roadmap for ‘folklore’

“cardigan” then became a kind of roadmap that Swift and Dessner referenced for the duration of folklore. “It harkens back to lessons learned, or experiences in your youth, in a really beautiful way and this sense of longing and sadness, but ultimately, it’s cathartic,” Dessner shared. “I thought it was a perfect match for the music, and how her voice feels. It was kind of a guide. It had these lower register parts, and I think we both realized that this was a bit of a lightning rod for a lot of the rest of the record.”

Clearly, Swift and Dessner were able to create some magic together. We can only hope that folklore won’t be the last time these talented musicians collaborate together.

EnergaCamerimage Festival Chief Marek Zydowicz on Going Virtual: ‘There Are No Borders’
Entertainment